In Sweden, politicians are without perks 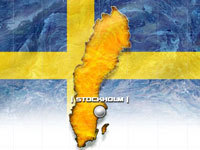 The Swedes have no great claims for luxury and wealth and this also applies to Swedish politicians who are an integral and active part of the population. From early on, more than one hundred years, the social structure of Sweden was directed towards a social organization for social equality among the members of the community. Social equity was and still remains one of the main goals of political and social organization in Sweden. This makes it so that the politicians and even ministers do not expect extraordinary or special deferences in Sweden.

Personally I have found ministers in high posts going to work on the same bus, as well as on the same train or subway as myself. Riding public transportation, and generally doing their own laundry, cleaning their own house and doing their own shopping is what is expected of everyone, including politicians, ministers and parliament members.

Also, if one way or another a politician or a minister would take advantage of a situation, for example, to get a better apartment in the city center, on account of his contacts related to politics, they certainly would not continue to be a minister, or a Swedish politician for long. Social pressure and the press would be big news for that.

Naturally, many ministers as well as all other citizens, can have their private cars and live in comfortable houses, those houses that almost without exception are bought by bank loans which in most cases is paid by a lifetime of work.

The Swedes have no great claims for luxury and wealth, but otherwise require, for themselves and all others, a standard of living in relation to Brazil I think would be called middle class, which is not wealthy, but at least a good social and economic level. For the Swedes work while both demanding public health, education and social welfare of high quality.

The union and labor demands are among the most respected and important aspects of public life in the country. For example, at the residence of the minister of social and economic security of Sweden you can find that the house is very good, but call attention to the fact that this very same house could belong to a carpenter, truck driver or laborer, for example, an automobile factory worker or a teacher at primary school or even a nurse or a bus driver not to speak of a metallurgical or dock worker, because as said, to finance the purchase of the house will always be done by a bank. They always have a mortgage or a guarantee of one of the many labor unions to ensure buying a home with reasonable installments.

They add that in general and in comparison, the family does not have the same meaning in Brazil as in Sweden. While in Brazil in general it is expected to help the family in the event of unemployment, sickness, temporary financial difficulties etc.. In Sweden these are provided through a social insurance system covering all aspects mentioned above.

There is health insurance, unemployment insurance, insurance guarantees for housing or social welfare in different life situations. This comprehensive social insurance system is a result of the last hundred years of the struggle of labor, which today has become part of the everyday life of the common Swede as well as its politicians, being that no political party is able, no matter how right wing it is, to put these basic principles under discussion.

Sweden was a poor country by the beginning of 1900, then being an agrarian country that was slowly industrializing. The labor unions that began to be imposed around 1911 demanded the right to vote for women being consolidated with demands for social reforms in health, housing and education since 1920, but to that we will return in other reports.

For now we will be content to note that the Labour demands lead us to see that today's politicians should wash their own clothes in communal laundries installed in buildings where they live, or washing machines in their own house because domestic employees here today no longer exist, no sir.

So day after day a Swedish politician, be that politician a man or a woman, minister or not, will be getting up early to take their children to school or a communal kindergarten, on the way to work, have lunch at work or at a popular restaurant, return to work until about five, running to collect their children, they might also need to shop for home, coming home to prepare whatever is necessary, etc. eat anything and everything. Perhaps this evening the politician may have to go some local meeting place or something for the good of their party or they can watch TV, read, write, or do anything else, because tomorrow is another day.

Then to rest and participate in programs for their personal life that he or she will do on the weekend. Most will have a holiday in the summer that can last from five to ten weeks. During holidays, most will live close to nature in Sweden, perhaps with a two-week trip, mostly to southern Europe where they can enjoy the sun and the European South Sea.

No. The Swedish politicians in Congress have no drivers or special advisers. Moreover, they must wash their own clothes, buy their own food and do not want to eat at restaurants or boarding houses. They might live in a small apartment of 50 square meters and sleep on a sofa bed as a general rule, or they might spend the night in their work rooms in Congress.

In parliament, or in other words which in Brazil is called the National Congress, here it is located in Stockholm and consists of 349 representatives from around the country. These representatives of different parties and regions have their work rooms so they can stay if you will, day and night. Like many of whom will come from other regions of the country having no friends, apartments or residence in Stockholm where they can live more regularly, many of them prefer to stay in their work rooms in the parliament itself, where anyway, there will always be a more or less comfortable couch.

Since everyone has a decent salary or fees, they should never have difficulty going to their homes in various regions of the country over the weekend to find their families, which in fact the majority do. In their home regions they can live in simple but comfortable homes or apartments that will always have, as a general rule, a standard of comfort level.

As for perks, just forget them, because there are none around here.

* Anna Malm is a correspondent for Pátria Latina in Stockholm