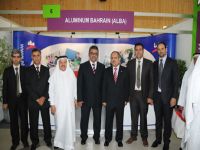 Amid the sanctions imposed by the west, the government of Iranian President Mahmoud Ahmadinejad said today (14) that they have received support from representatives of Member States of the Bolivarian Alliance for the Americas (ALBA). The official news agency of Iran, IRNA, reported that Iran was referred to in a statement supported by ambassadors and heads of that block of states.

Venezuela, Bolivia, Cuba, Ecuador and Nicaragua are integrated into ALBA. In a statement, according to IRNA, the countries have condemned the "aspirations of destabilization" attributed to the governments of the United States and Israel. In the document, the block also expresses support for the Iranian nuclear program. According to IRNA, ALBA warned that any military action against Iran would cause "terrible consequences for the world." According to the statement, it is essential to seek dialogue and a peaceful solution to the Iranian nuclear case.

On state television of Iran, PressTV, the Foreign Minister of Iran, Manouchehr Mottaki, reiterated today that the Iranian nuclear program is peaceful. He said the country's nuclear power plants can be inspected by the International Atomic Energy Agency (IAEA), which is provided under the supervision of the authorities of Iran.

However, Mottaki criticized the imposition of sanctions by the Security Council of the United Nations and the governments of the United States, Canada and the countries comprising the European Union. The restrictions mainly affect the sectors of commerce and the Iranian military.

"The Islamic Republic believes that nuclear technology should not be monopolized by certain states and all nations must exercise their rights of access to nuclear technology," said Mottaki. "Sanctions are punitive measures. The punishment is usually a conviction for a crime committed and Iran has not committed any crime," he said.

According to the west, Iran has hidden its intention to produce nuclear weapons. The Ahmadinejad government denies the suspicions. In May, Turkey and Brazil brokered an agreement in Tehran for the exchange of a product of slightly enriched uranium, enriched to 20%. But the proposal was rejected by most western foreign governments.