The British Cabinet of Ministers gathered for a special meeting to discuss the future of one of the world's largest oil companies in the world, British Petroleum, in connection with the liquidation of the consequences of the ecological disaster in the Gulf of Mexico. 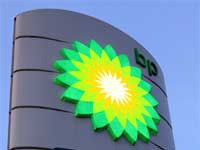 BP has been suffering enormous losses for three months in a row. Britain's financial and economic top officials conducted a special meeting to discuss possible actions, which the British authorities may have to take in the event the oil giant either collapses or goes bankrupt. The officials even considered a variant at which BP could be nationalized, The Times wrote (the company had been in state property before 1987).

All the efforts taken so far to contain the oil spill have brought no results. Tens of thousands of barrels of oil continue to spill from the ruptured pipe. It has been officially acknowledged that the ecological disaster had caused significant damage to all states on the coast of the Gulf of Mexico, The Associated press said. BP has been able to remove only 60 percent of the spilled crude in 77 days after the beginning of the disaster. The company originally said that it would be able to retrieve that amount of crude from the Gulf in only one day, The Washington Post said.

BP's market value halved to $64 billion after US President Barack Obama ordered the company's administration to establish a $20-billion foundation to compensate the damage caused as a result of the largest ecological disaster in US history. BP's financial liability is evaluated at $70 billion.

The company continues to suffer losses. Rumor has it that one of the world's largest oil companies may be taken over or broken up. Royal Dutch Shell and Exxon Mobil may conduct the takeover procedure for the troubled company if it proves impossible to contain the oil spill.

British Petroleum is a strategically important company for Great Britain. Until recently, it provided 10,000 jobs to British nationals and returned the profit of up to 6 billion pounds sterling ($10 billion) a year. BP owns highly relevant energy infrastructure, including the Baku-Tbilisi-Ceyhan pipeline and Forties system of pipelines, which connects 50 oil and gas deposits in the North Sea.

BP's expenses connected with the oil spill disaster have been gathering like a snowball. British officials fear that the company may not be able to pay its dividend to pension funds of the nation.

BP's administration has already said that it would start looking for a strategic investor in connection with high spending and the reduction of company shares on the stock market. BP's advisors try to convince competing oil companies and state-run funds to acquire up to ten percent of shares for 6 billion pounds ($8.8 billion), The Times wrote.

An official representing the Persian Gulf nations said in an interview with The Financial Times that BP had already addressed investment funds of the regions in an attempt to sell the cheap shares.

The Persian gulf is a home to some of world's largest state-run investment funds, which previously helped Western banks to stay afloat. BP has strong ties with the United Arab Emirates. The company has been maintaining business ties with the countries of the Persian Gulf since the 1930s.

It is not known yet, if Arab sheikhs decide to rescue the British company. An official of Libya's state-run oil company recommended the Libyan Investment Authority should invest in BP against the background of low cost of its shares.

Russia 's Gazprom also eyes BP's assets on the territory of the former USSR. The gas giant is especially interested in BP's 25.5-percent share at Shah-Deniz project in Azerbaijan.

Will BP be eventually nationalized? The market prepares to fight for the troubled oil giant.