Another spy scandal is gathering pace in the USA. On June 28, the Department of Justice announced the liquidation of a large illegal network which was supposedly conducting its activities in favor of the Russian Federation. Ten people have been arrested on charges of espionage, including eight spies and their two associates. Another suspect managed to escape. 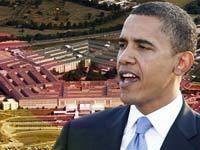 The official message from the Department of Justice said that the detainees had been charged with illegal activities to the benefit of a foreign government.

They have been accused of money laundering, attempts to penetrate into US government agencies and collect information about the participants of the presidential.

It was also said that the spies interacted with each other with the help of Morse alphabet, invisible ink, and encoded email messages.

The arrest of the group of individuals, who supposedly spied for Russia, has obviously become the talk of the day in the US media. However, the analysis of the details of the case brings up many questions, to which there seems to be no answers.

It has not been reported what kind of damage the supposed spies have caused. It was only said that the arrested individuals may face the prison term of up to 20 years for money laundering activities. As for “illegal activities for a foreign government,” the term is much shorter – five years in jail. This term is a vey short one indeed, taking into consideration the case of Julius and Ethel Rosenberg, who were arrested in the USA for their espionage for the USSR. The spouses were sentenced to death penalty.

There is another curious detail about the new spy scandal. The arrested individuals have been accused of money laundering, which is rather strange since this can hardly be related to intelligence.

US media outlets said that the group was arrested after one of its members had been caught in a provocation organized by the FBI. A supposed spy accepted an envelope with $5,000 from a person who identified himself as a Russian communication agent. This seems to be very strange too. If the network had been working for years why would they accept cash from a complete stranger?

Here is another curious moment. According to official information, the spies have not penetrated into the White House or secret nuclear agents. They were operating in the tourist business and journalism. US law-enforcement agencies said that the goal of the network was to penetrate into government agencies of the United States and collect information about nuclear arms, the CIA, and so on and so forth.

This scandal has taken place soon after the completion of Dmitry Medvedev’s visit to the USA. Officials with the Department of Justice said, though, that the arrests had been conducted after many years of investigation.

Yevgeny Minchenko, the director of the International Institute of Political Expertise, described all that as a “delirious story”. It does not look like a spy scandal at all, he added.

“It’s a mess. Collecting political information, money laundering…They have charged the detainees with participating in political processes and attempts to exert influence on them. Any Western scientist of politics, who visits Russia, can be charged with the same things.

“They also said that the spies used Morse alphabet and encoded messages to transmit secret information. This is a joke if only we  try to imagine what technologies intelligence services use nowadays. Does the USA really think that Russian special services are so outdated?

“Most likely, this scandal was masterminded inside the USA and does not have any Russian trace in it whatsoever. I have three versions to explain why they decided to do it. It can be a part of the campaign to promote US special services that would like to obtain more funding for their work. A group of the US establishment tries to sabotage the reset of relations between the USA and Russia. The scandal could be organized by Democrats as a tool to put pressure on Russia in the future,” the specialist said.

Alexander Khramchikhin, deputy director of the Institute of Political and Military Analysis, believes that the scandal targets President Obama.

“It goes without saying that Russia, like other countries, conducts intelligence activities in other states. This episode is somewhat different. The Republicans struggle against Obama, and I am sure that he will be destroyed before his presidency expires. Russia plays an auxiliary role in this scandal. Obama’s adversaries use “goddamn Russians” to settle scores with him. The Russians do not pose any interest for them,” the expert said.