Alternative History of 'Soviet Occupation' All Completely Off the Wall

Modern-day Russia does not do anything to defend its version of history on the post-Soviet space. Such an approach can hardly be referred to as forward-looking. There are positive aspects to it , though . The limitless aspiration of former Soviet republics to rewrite their history was supposed to reach the point of absurdity sooner or later. It seems that it has already happened. 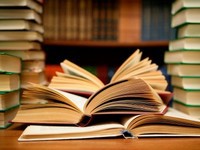 Alternative History of 'Soviet Occupation' All Completely Off the Wall

Last week, Moldavia’s acting President Mihai Ghimpu announced the introduction of the Soviet Occupation Day in the republic. From now on, the nation will celebrate this date on June 28.

The republic’s state committee established to study the influence of the communist regime has calculated that Russia, as a successor of the USSR, owes Moldavia about $28 billion for the years of the Soviet occupation.

Hardly had the “liberal” opposition moved the Moldavian communists from power, when the events in this country began to develop similarly to the experience, which Russia had with the Baltic States, Ukraine and Georgia. The steps, which the Moldavian administration is taking now, are so typical and predictable that it makes it very hard to doubt their artificial origin.

It is an open secret that the Russian “liberal” opposition sticks to the same opinion. If they could cut loose, Russia would quickly have its own “day of communist occupation.” It would come complete with the scrupulous calculation of “victims and losses of the totalitarian regime” and the “glorification of fighters against the totalitarian regime.”

It goes without saying that all those financial claims to Russia are fictitious. No one seriously hopes to receive any profit from that. The Baltic States, though, are not going to stop and proceed with the criminal persecution of the veterans of the Great Patriotic War.

History mostly implies ideology. The point of this entire ideological campaign is to erase the common past of the erstwhile united nation, to declare it as pitch-dark hell and to make its revival impossible, no matter if it goes about the revival of either the Russian empire or the Soviet Union.

There is absolutely no need to question the absurdity of this situation. It would be enough to apply the current state of affairs to another period of Russian history and, for example, urge everyone to remember the crimes committed by Peter the Great not to let them repeat again.

Latvia ’s committee evaluating the damage suffered by the nation during the period of “Soviet occupation” announced the number of $666 million. The committee stopped its work in 2009 as a result of the economic crisis, so one shall assume that this amount is not final.

Lithuania evaluates the Soviet occupation damage at no less than $28 billion. Estonia has a larger number - $49 billion.

Now it is Moldavia’s turn to raise the subject of the Soviet occupation. However, historians and politicians of the republic will have to answer several difficult questions. First and foremost, they must clearly explain who occupied them, how and when.

The thing is that Moldavia did not exist before 1940. The nation, which is now called as Moldavia, was known as Bessarabia before 1917. The Moldavian Democratic Republic appeared there during the revolution period. Romanian troops entered the territory already in 1918, contrary to the agreement with the Russian Soviet Federative Socialist Republic, and the territory was annexed to Romania.

The operation to annex Bessarabia was conducted under a political cover: pro-Romanian authorities of the Moldavian Democratic Republic (they came to power with Romania’s help) were eager to unite with Romania and happily welcomed the Romanian troops.

The RSFSR and then the Soviet Union did not recognize the separation of Bessarabia and considered it as an act of occupation. In 1940, as a result of the political pressure on the part of the USSR, Romania agreed to return the territory. The Soviet Union established Moldavia on that territory in 1940.

Common logic and alternative history of modern-day “democratic” post-Soviet regimes do not mix. It does not matter that Bessarabia used to be a part of Russia, they say. Livonia and Esthonia were also included in the Russian empire, although it could not reject another historical fact – the Soviet occupation of 1940.

This begets another anecdotal situation. If one considers the Soviet occupation of Baltic States in 1940 a proved fact, the occupation of Bessarabia by Romania in 1918 shall be considered a proved historical reality too.

It was the pro-Soviet governments of the Baltic States that asked for membership in the USSR in 1940. The parliaments of Estonia, Latvia and Lithuania declared their countries Soviet republics.

This is what we call “find differences in the situations with Romania and Bessarabia in 1918.”