Michael McFaul, the U.S. President’s special assistant and senior director for Russian and Eurasian affairs at the National Security Council made a very interesting statement on June 10. He said that Americans were ready to cooperate with Russia in the area of missile defense. 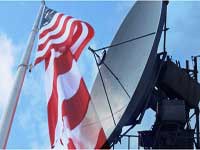 "You don’t have to be an expert on missiles to understand why we want to cooperate with Russia. Once again I want to emphasize: we want to cooperate with Russia for our own protection. Not in the name of "reset," not just to find a project for cooperation," he said while giving a speech at the Peterson Institute for International Economics in Washington.

Then he added that when a question arises in 20 or 30 years regarding the origin of ICBM aimed at the US, the experts say that these missiles will not be flying over Poland. It is a tough one to understand. Either recently located in Poland Patriot System is useless even for the protection from Iran, or ABM should be placed in a different place to protect the US from Russia.

The American official complained that while the US is doing all it can to incline Russia to cooperate in the area of ABM, Russia is being suspicious of the American reasoning. McFaul emphasized that American ABM experts often visit Russia, and a new group will arrive next week.

McFaul acknowledged that both countries are not satisfied with the cooperation in the area of ABM. He added that today it is the first issue on the agenda of Russian-American relations. He said the US was very serious about it, and the American President has already recognized the importance of the issue.

In the recent years the issue of missile defense has been a serious obstacle in normalization of the relations between the US and Russia. Four years ago Bush’s administration announced its plans to deploy ABM elements in Poland and Czech Republic, near the Russian border. Americans insisted it was done to protect the US against Iran and DPRK.

This is not a very convincing explanation. Iran and DPRK are far from Central Europe, while Russia is close. Besides, the radar that was planned to be installed in Czech Republic would scan the Russian territory all the way to the Urals. The Russian government suggested the US to use radiolocation stations in Armavir and Azerbaidzhan’s Gabala, which are located close to the Iranian border. Washington did not seem too excited about this idea.

Last fall Barack Obama abandoned the plans to deploy missile defense complex in Poland and Czech Republic. Later he announced that the US would be building new ABM system and its elements would be deployed near Russian territory. Patriot Systems have been already delivered to Poland. Similar systems may appear in Bulgaria and Romania. Russian officials expressed their concerns yet again .

The unsettled ABM issue had been interfering with negotiations regarding new Strategic Arms Reduction Treaty (START). The Americans thought that ABM and START were not connected. The Russians believed that the topic of strategic arms cannot be discussed without touching upon the topic of missile defense.

As a result, on April 8 Presidents Dmitry Medvedev and Barack Obama signed START documents that have no indication on the link between the two issues. The addendum to the agreement states that Russia is entitled to terminate the agreement in the event it has any concerns about American ABM plans.

The issue of ABM cooperation remains in the air. Probably, the recent “revelations” by McFaul represent an attempt to build a dialogue. Yet, he made no specific suggestions. It is unclear what the cooperation between the two countries in regards to ABM should be like.

The phrase stating that ICBM cannot fly towards America over Poland was dramatic. Yet, it does not mean that the US will take Russia’s concerns into account and abandon the plan to deploy Patriot Systems on Polish territory and some elements of new ABM in Bulgaria and Romania, located less than 500 kilometers from the main base of the Black Sea Fleet in Sevastopol.

"There are plenty of nuances in the ABM issue,” said Alexander Khramchikhin, an expert with the Institute for Political and Military Analysis in an interview with Pravda.ru. “From the military point of view, neither old elements of ABM in Poland and the Czech Republic, nor current Patriot Systems present a threat to Russia.

They have no practical use for the US in terms of providing protection for the country. This is a purely political project aimed at attaching Eastern Europe, and Europe on the whole, to the American decision-making center.

Speaking about McFaul statements, I should say their meaning is covered with a thick layer of fog. The American party has not made any sensible suggestions regarding missile defense.”

"The main goal for the Americans is to provide security for their country. It looks like McFaul meant the US’s old idea to create and develop its global missile defense system,” said Evgeny Minchenko, director of the Institute of Political Expertise. “Other countries, including Russia, may also participate in the process, Of course, Americans will play the most significant role in it.”

The main problem existing in Russian-American dialogue regarding this issue is the crisis of trust. Yes, the US says that ABM elements in Eastern Europe are not directed against Russia. The problem is that the Russian government has concerns about American intents. The soil for concerns has been well fertilized in Washington.

There may be another answer to McFaul’s complaint about Russia’s trust issues. The US has absolute superiority over Russia in terms of regular arms. Development of ABM may cancel out a possibility of a theoretical nuclear strike against US. Russia looks very vulnerable in this situation. The invitation to participate in the American ABM will not change the situation."