Prosecutors of Saltsburg, Austria, have filed investigation into circumstances of Belarusian President Alexander Lukashenko’s holiday in the Alps in 2002. It turns out that his visit (he was vacationing in Austria with his family and officials of the Belarusian administration) to the European country was illegal. Lukashenko was not allowed to enter the European Union. In addition, the Austrian law-enforcement agencies are interested in 200,000 euros, which Austria had spent on Lukashenko’s Alpine holiday. The Belarusian president reportedly paid his vacation with shares of a cellular operator and several Belarusian factories. 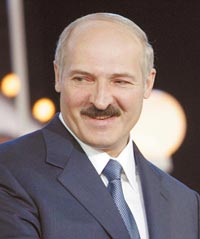 Prosecutors of Saltsburg said that they had obtained financial documents to prove that Alexander Lukashenko and other people accompanying him in the trip were spending a lot of money during their stay in Austria.

The administration of Belarus was invited to visit Austria by then-chairman of the Austrian National Olympic Committee Leo Wallner, a co-owner of Casinos Austria.

Lukashenko’s sons Viktor and Dmitry, the chairman of the House of Representatives of the Belarusian Parliament Vladimir Konoplev, the mother of president’s younger son Irina Abelskaya, then-chairwoman of the presidential administration Galina Zhuravkova, sitting head of the presidential administration Vladimir Makei and his deputy Natalia Petkevich were very happy to partake of the Austrian hospitalities.

In 2002, when the Belarusian delegation were enjoying themselves in Austria, Alexander Lukashenko was barred from entering the European Union. It turned out that the organizers of the trip had invited Lukashenko as the chairman of the National Olympic Committee, not as the President of Belarus. However, the Austrian Committee was in no way involved in the intrigue.

Investigators were also interested in the cost of the holiday of the Belarusian leader and his team – approximately 200,000 euros. All the payments were supposedly made through a secret account of the Austrian Olympic Committee. As a matter of fact, it was Casinos Austria that covered all the costs: hotels, ski training lessons for 11 officials of the Belarusian delegation, buses for 34 people, Lukashenko’s gambling at Austrian casinos, food and alcohol. The costs also included bills for renting a helicopter, which was required to fly Lukashenko from a mountain slope after he had suffered an injury there.

Casinos Austria declines to comment the situation. Leo Wallner acknowledged, though, that Lukashenko’s vacation had been organized in the interests of Austrian business. The official refused to name the organizations that were interested in establishing informal contacts with the Belarusian president. However, it later turned out that several large enterprises of Belarus, including the nation’s leading cellular operator Velcom, the Belarusian Metallurgical Factory, had fallen under the influence of Austrian entrepreneurs.

Belarusian analysts are certain that the scandal will not lead to any direct consequences for the nation’s administration. There was enough evidence to prove Lukashenko’s implication in disappearance of his opponents in 2001. However, no European law-enforcement agency decided to file a criminal case against the President of Belarus.