Russia has completed the investigation of the crash of Poland's President Lech Kaczynski’s plane. The black boxes from Tu-154 aircraft that crashed on April 10 near Russian town of Smolensk are expected to be handed to Poland next week. 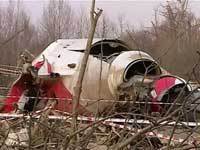 Konstantin Kosachev, head of the Russian Duma Foreign Affairs Committee, has stated that the investigation of the crash had been officially completed. He did not provide any comments regarding the conclusions made by Russian experts. He only mentioned that the transcripts from the flight recorders will be soon handed to Polish officials.

On May 26, Polish Prime Minister Donald Tusk confirmed the information regarding the approaching handover of the black boxes to Poland. In his words, Polish Interior Minister Jerzy Miller will go to Moscow no later than Monday, May 31, to receive the information from Russian colleagues. Tusk promised that the information will be published in Poland as soon as it is presented by Russia.

Lately there was information that Russian and Polish parties came to different conclusions regarding the reasons of the tragedy. Russia’s representatives thought that Kaczynski’s plane crashed because of an error of an inexperienced pilot. Poland’s representatives were blaming the airtraffic controllers of the airport in Smolensk who gave delayed commands to the pilots.

The press conference held on May 19 sparked some debates between Russian and Polish experts. Tatyana Anodina, the head of the Inter-State Air Committee, said that the pilots might have been influenced by the presence of two non-crew members in the cockpit. Later one of the voices was identified by sources as the Polish Air Force Commander, Lieutenant General Andrzej Błasik . The second voice is thought to belong to Mariush Kazana, director of diplomatic protocol of foreign office.

During the investigation many in Poland were engaged in political speculations. Considering the fact that the late President was critical of Russia, a conspiracy theory was quick to emerge. According to the theory, Russia wanted to interfere with Kaczynski’s visit to Katyn to honor the memory of the Poles killed there 70 years ago. Arthur Gursky, a deputy of the Law and Justice party, made particularly harsh comments about it on April 12:

"Perhaps the Russians wanted to prevent Kaczynski to take part in Saturday's events so that their importance and message won't be overshadowed by what happened a few days earlier… So, that was a sabotage attack if the Russians really had such motives with such political dimension,” he said in an interview with Nasz Dziennik newspapers.

After the incident, Polish officials, including Tusk, tried to convince their compatriots several times that Russia was not hiding anything. Yet, the theory of Russia’s fault in the tragedy was spiraling away. “Why do Russians insist that the pilots were pressured? Why do we still have no information about the conversation in the cockpit? The head of the Polish committee that investigates civil-aviation disasters is not able to give his opinion on this, how is this possible?” Rzeczpospolita newspaper questioned on May 20.

Finally, in the evening of May 26, Edmund Klich spoke. He acknowledged that Russian experts were right in their conclusions. He said that the pilots had ignored all danger warnings shown by the aircraft's automatic controls, and took an undue risk. For some reason the pilots did not pay attention to the fact that the plane was too close to the ground. This means that the plane crashed due to the crew’s error.

Klich earlier said non-crew members were in the cockpit of the crashed plane, including Polish Air Force Commander Andrzej Blasik, who wanted to "find out what was going on" just minutes before the tragedy. He said there was no verbal pressure on the crew, while the presence of the respected military pilot might have been enough of a pressure.

Klich’s words were not welcomed by the Polish political elite. Polish Interior Minister Jerzy Miller accused him of a desire to attract media attention. Leadership of the Law and Justice party insisted that the investigation was not completed.

It looks like the investigation of the tragedy near Smolensk is heading into the home stretch. Soon the truth about the tragedy will be released, provided the Polish supporters of the “Russian conspiracy theory” do not try to hide the facts that do not add up with their story. Their desire to blame the crash on Russia is their first priority. Yet, this behavior has nothing to do with the truth.