Korean Peninsula To Become Another Hotspot on World Map

It seems that the Korean Peninsula will soon become another hotspot on the map of the world. South Korean President Lee Myung-bak stated May 24 that his nation would ask the UN Security Council to introduce new sanctions against North Korea. The South Korean administration believes that its northern neighbor sank a SKorean naval vessel. Nevertheless, there are doubts in the investigation of the incident. 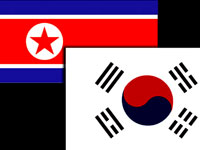 Korean Peninsula To Become Another Hotspot on World Map

According to the SKorean president, the nation intends to suspend all commercial relations with North Korea. North Korean commercial vessels will not be allowed to navigate in SKorean waters. All exchange programs between the two nations will be scrapped too.

Lee Myung-bak stressed out that his country was not looking for a reason to start an armed conflict with the North. The South Korean administration simply tries to guarantee safety to its military and civil vessels in the future. At the same time, the president said that South Korea was ready to defend itself against any provocation from the North.

The tragedy with the Cheonan vessel took place in the Yellow Sea on March 26. The SKorean naval ship cracked into two as a result of the explosion. Forty-six of 104 sailors were killed in the accident. It was originally reported that the Cheonan hit against a mine. Afterwards, it was said that the vessel had sunk as a result of the torpedo attack.

Experts from the USA, Britain, Sweden and Australia arrived in South Korea to investigate the accident. On May 20 they presented a piece of the torpedo propeller with a serial number indicating North Korea as the country of origin of the weapon.

The international commission also concluded that a North Korean warship had left a base on the coast of the Yellow Sea several days before the sinking of the Cheonan. Several submarines, which were accompanying the ship, could attack the South Korean vessel.

Officials of the North Korean administration strongly reject their involvement in the destruction of the corvette. NKorean officials rejected all the accusations and threatened the South with a large-scale war if they insisted on sanctions.

As usual, the USA is ready to interfere in the problem. President Barack Obama ordered the Pentagon to coordinate its actions in the Far East with South Korea to be prepared for a possible attack from North Korea. The US administration said that the USA will continue working with the Republic of Korea and other allies and partners to diminish the threat, which North Korea poses to the regional stability.

Robert Gibbs, a White House spokesman, said that the USA would keep the situation under special control. Robert Gates will reportedly conduct negotiations with South Korean officials in the beginning of June. Obama will speak about the North Korean problem at the G20 meeting in Canada on June 26-27.

US Secretary of State Hillary Clinton said during her visit to China that the USA and China must coordinate their actions against North Korea. Mrs. Clinton will be traveling to Seoul to discuss the situation with the South Korean administration.

The European Union supported the USA and SKorea. Russia does not hurry to make any official statements on the matter. Andrey Nesterenko, an official spokesman for Russia’s Foreign Affairs Ministry, said on May 21 that Russia did not have any convincing evidence to prove North Korea’s supposed torpedo attack against the SKorean ship. China, which is considered to be North Korea’s major partner in the region, has not released any official statements either.

It is obvious now that the USA, South Korea and Japan will insist on the introduction of sanctions against the North. Russia and China may not share their views. The investigation filed in the sinking of the South Korean corvette was conducted by US allies. Experts from neutral states did not take part in it, which makes one doubt about what happened in the Yellow Sea.