Too Many Cooks Spoil the Broth

Dennis Blair, the director of the US National Intelligence has decided to resign. He informed President Obama of his decision on May 20. Rumor has it that Blair has been fired after a series of serious failures in the work of his department. 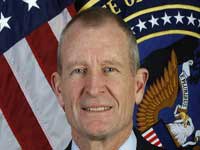 Too Many Cooks Spoil the Broth

"It is with deep regret that I informed the president today that I will step down as Director of National Intelligence," Blair said in a statement issued by his office. ABC said that Obama would accept Blair’s resignation immediately.

The press service of the White House confirmed the information about Blair’s resignation. Barack Obama paid attention to Blair’s “remarkable record of service to the USA.”

"During his time as DNI, our intelligence community has performed admirably and effectively at a time of great challenges to our security, and I have valued his sense of purpose and patriotism," Obama said.

Obama was diplomatic in his statement. ABC said that the president was highly dissatisfied and concerned about Dennis Blair’s work. His resignation is based on many serious blunders, which American intelligence officers committed during the recent year.

“On the heels of a number of intelligence failures involving the Fort Hood shooter, failed Christmas Day bomber Umar Farouq Abdulmuttalab, and questions about failed Times Square bomber Faisal Shahzad, it was no longer clear that Blair -- tasked with coordinating the 16 intelligence agencies and ensuring that they cooperate and share information – still had the full and complete confidence of the president,” ABC said.

American experts name other reasons of Dennis Blair’s possible resignation. They say that he failed to organize successful cooperation between 16 departments related to intelligence activities. It is also possible that Blair lost the fight to Leon Panetta, the CIA Director.

The position of the director of the US National Intelligence appeared not so long ago. It was established soon after September 11 terrorist acts by then-president George Bush. The new position was created to coordinate the work of numerous and competitive intelligence services. Before 2007, the position was taken by John Negroponte, who was replaced by Michael McConnell. Dennis Blair took the position of the latter after Obama’s election as president.

Dennis Blair had served in the US Navy for 34 years. He studied in England and received the diploma of the Oxford University. It was believed that the officer with such an extensive experience would succeed in coordinating the work between many intelligence services, but he did not justify hopes.

The CIA Director Leon Panetta said soon after Blair’s appointment that he would not share his control over special operation conducted outside the USA. Blair wanted to receive the right to at least appoint the heads of residencies in foreign embassies, but the National Security Council took Panetta’s side.

It is not clear yet, who is going to take Blair’s office. Some analysts say that his position will be taken by Deputy Secretary of State James Steinberg. Too many cooks spoil the broth.