The power in Great Britain has changed. Gordon Brown of the Labour Party sent in his resignation on May 11th to give way to Conservative David Cameron. Britain will have the coalition government for the first time in 36 years: Liberal Democrats will co-exist with Conservatives. 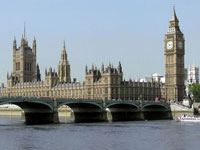 Britain found itself in a very unusual situation after the elections to the House of Commons on May 6th. None of the parties managed to win the majority of seats for the first time since 1974. The winner – the Conservative Party – got only 306 of 650 seats. It became clear that the British politicians would have to find a compromise.

The talks continued for several days. Labour PM Gordon Brown made several attempts to come to an agreement with Liberal Democrats, albeit to no avail. As a result, he went to the Buckingham Palace on May 11th and sent in his resignation which was immediately accepted. The family of the former British prime minister has already left their residence on Downing Street.

David Cameron, the leader of the Conservative Party, visited the Buckingham Palace too. The Queen asked the politician if he could establish the new administration and announced the name of the 75th head of the Cabinet of Minister after she received a positive answer to her question.

Afterwards, Cameron said that Britain would have the coalition-based government. The Conservatives and Liberal Democrats managed to reach an agreement. The latter accepted the Conservatives’ requirement to withdraw an offer to pardon illegal migrants and introduce the “mansion tax.” The Conservatives in their turn refused to raise the inheritance tax threshold to one million pounds sterling.

Lib Dem leader Nick Clegg obtained the position of David Cameron’s deputy in the Cabinet. Liberal Democrats will receive the total of five ministerial seats, whereas 15 more members of the party will become officials of the prime minister’s administration.

Members of the Conservative Party took a number of key positions in the government. William Hague was appointed the Foreign Secretary, George Osborne – the Chancellor, and Liam Fox will be Britain’s Defense Secretary.

Thus, the 13-year reign of the Labor Party ended on May 11th. Now Britain will have the youngest prime minister in 200 years. David Cameron is 43. It was only Robert Banks Jenkinson who was younger than Cameron when hecame to power in Britain, but it happened back in 1812.

David Cameron is considered to be a Conservative of the new generation. He does not disdain to ride his bicycle to work or listen to rock music, which was not typical of his party fellow predecessors. He made a breathtaking career in politics during nine years after his election to the House of Commons.

David William Donald Cameron was born in 1966 in London. Cameron studied Philosophy, Politics and Economics at Oxford, gaining a first class honours degree. He then joined the Conservative Research Department and became Special Adviser to Norman Lamont, and then to Michael Howard. He was Director of Corporate Affairs at Carlton Communications for seven years.

A first candidacy for Parliament at Stafford in 1997 ended in defeat but Cameron was elected in 2001 as the Member of Parliament for the Oxfordshire constituency of Witney. He was promoted to the Opposition front bench two years later, and rose rapidly to become head of policy co-ordination during the 2005 general election campaign.

Cameron’s views are traditional for Conservatives. He supports the idea of having strong families and is quite negative towards same-sex marriages. He is a champion of lower taxes and maximum business freedom. He also exercised himself as a follower of the developed system of social welfare, which is not a peculiar feature of Conservative politicians.

Cameron’s attitude to Russia leaves much to be desired. In 2008, the Conservatives criticized Russia’s actions during Georgia’s attack against South Ossetia. Cameron personally arrived in Georgia to meet its president Mikhail Saakashvili. He even said that Russia should be punished for the war in the Caucasus and added that Russian oligarchs should not be allowed to visit London for shopping.

Cameron’s anti-Russian views were probably formed during his youth. When a student, he visited the USSR. He likes telling a story of an adventure that happened to him on a beach in the city of Yalta, Ukraine. There he was at one point approached by two Russian men speaking fluent English. Cameron was later told by one of his professors that it was 'definitely an attempt' by the KGB to recruit him.

In addition to Russia, Cameron is not very fond of the European Union. He has already said that London would not be taking any steps to become closer to Brussels and will not replace the pound with the euro. A year ago, Cameron stood up against the ratification of the Lisbon Treaty.

We will soon find out if David Cameron demonstrates himself to be an anti-Russian and anti-European prime minister. If the new coalition does not collapse, this person will stay in power in Britain during the next four years.