Britain Does Not Want Cameron: British Press Get It Wrong!

Green Party gets the first Member of Parliament – Conservatives do not get an overall majority – two thirds of Britain voted against Cameron – Lib-Lab pact would have 52 per cent of the vote. 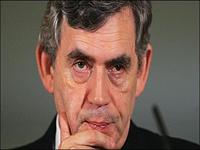 Britain Does Not Want Cameron: British Press Get It Wrong!

Most of Britain’s newspapers have come out in favour of David Cameron of the Conservative/Tory Party because he is set to be the leader of the largest Party after Thursday’s Parliamentary election. However, if 36 per cent of the electorate voted for him, then 64% (two thirds) did not. And if the sum of the Labour-Liberal vote is 52%, then who is Mr. Cameron to claim victory?

The results of Thursday’s election seem to have come as a surprise for the majority of the British people, according to the newspapers, who have mostly played a shockingly sickening role in backing the Conservative Party, the one that practically destroyed public services in the 1980s and early 1990s, leaving Labour with a monumental task to get things going, making the railways safe, making sure school accommodation did not fall down on the children, putting nurses in hospitals and putting police on the streets.

Steered obediently by a controlled and controlling British Press, the people were led to believe in a huge vote for the Liberal Democrats, led by Nick Clegg. At one time, the opinion polls gave this party 31%, three behind the Tories/Conservatives in second place, relegating Gordon Brown’s Labour to third, trailing behind on 27%.

However, Gordon Brown’s performance in the last days of the campaign, his phrase “Come Home to Labour” appears to have worked. Labour comes out of the election as a Party slightly battered but not beaten, which is hardly surprising after confronting the shockwaves of a global economic crisis, as the newspapers failed to inform people that the economic downturn did not originate around New Labour in Westminster.

The result coming from the previous election/changes in the constituencies was Labour having an overall majority with 349 seats in parliament, the Conservatives with 210, the Liberal Democrats with 62 and others with 29. This time, the Greens elected their first member (Brighton Pavilion) and with less than 60 seats to count, the Conservatives have 289 seats, Labour 244, Liberal Democrats 51 and Others, 27.