Dmitry Medvedev spent an entire week on the other side of the ocean about two weeks ago. It was his second visit as a President to Latin America, and before that he visited the US. 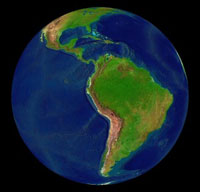 What was he doing there?

The visit “takeaways” included a “plutonium” agreement with the US. It was signed during the summit for nuclear safety in Washington where President Obama gathered the leaders of 47 countries. Today one of the threats is not only nuclear weapons per se but regular radioactive materials. What if they get into terrorists’ hands?

According to Russian Minister of Foreign Affairs S. Lavrov, “Russia is one of the leaders in providing physical safety of nuclear objects and materials.” Lavrov and Hillary Clinton signed a protocol for the agreement on utilization of excessive plutonium.

The arsenals of the two countries are being reduced under the new START agreement recently signed in Prague. The Minister explained that Russia and the US will eliminate 34 tons of excessive plutonium each:” We are planning to spend up to 2.5 billion dollars for this program. The American party will cover approximately $400 million of this sum.”

Is it too big of a price to pay for safety of our planet? If we just bury it, then “it would probably be too expensive,” S.Kirienko, head of Rosatom, explained to AIF. This is dangerous plutonium. A part of the spending for elimination of nuclear excess will be reimbursed. The excess will be reprocessed into uranium-plutonium oxide fuel for a new type of fast-neutron reactors. The first reactor of this type, BN-800, should start working in 2014 at Beloyarskaya nuclear plant near Yekaterinburg.

Meanwhile, in his address at the influential Brookings Institute Medvedev mentioned that compared to other agreements with the US the economic cooperation “is the losing area… President Obama and I are friends, but there are no economic consequences of it in sight.” In other words, friendship is one thing, work another.

The topic was developed further in Buenos Aires where the President arrived next day. Answering the question whether the US will be concerned with Russia moving to Latin America that was always considered “American back yard,” Medvedev said:”I have an impression that people in the White House are sensible. Thus I hope that it is no one’s concern. And if it is a concern, we do not care.”

Agreements were reached with Argentina regarding construction of railway road, use of Glonass satellite system, supply of military equipment and construction of a nuclear power station. The nuclear power station project is worth several billion dollars. To promote such projects, especially to not very wealthy countries, these countries have to be provided with billions worth of loans. The orders for a part of equipment have to be placed locally. “Half of the components will be from local manufacturers,” Kirchner, Argentina’s President, confirmed. Medvedev completed his visit to the American continent in Brazil where the second summit of BRIC (Brazil, Russia, India, China) took place.