Last weekend Austria became the center of the political and economical life of Europe, if not the world. Russia received two positive pieces of news from Austria. First of all, this wealthy and respected country joined the South Stream project. Second, Heinz Fischer, who has very good relations with Russia, will remain the President. 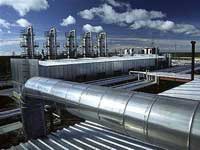 Austria agreed to join the South Stream project on Saturday. That day Prime Minister Vladimir Putin visited Vienna to conduct negotiations with Austrian Chancellor Werner Faymann regarding South Stream. Initially designers thought that Austria will become the finale point of the gas pipeline route and one of the main investors of the project.

However, it was not easy to convince the Austrians. In 2006 and 2009 the country was seriously hurt by gas crises provoked by the Ukrainian government. Because of that, Austria became one of the main initiators and sponsors of Nabucco pipeline that was to deliver gas from Azerbaidzhan and Central Asia and, possibly, Iran, to Europe, bypassing Russia. Chancellor Werner Faymann signed the agreement regarding the construction of the pipeline in July of last year.

At the same time, while lobbying Nabucco, Austria never refused to participate in the South Stream project. Yet, it was difficult to agree on its participation in the Russian project. All required documents were signed with Bulgaria, Serbia, Croatia, Slovenia, Hungary, Greece, and Italy. Austria kept silence. Last fall Chancellor Faymann visited Moscow, but never gave his final approval.

Finally, during his visit to Vienna, Vladimir Putin signed two agreements that eliminated all questions regarding Austria’s participation in the Russian project. First, Austrian Economy Minister Reinhold Mitterlehner and Russian Energy Minister Sergei Shmatko signed an agreement on cooperation in construction of the South Stream gas pipeline on Austrian territory. Then, Gazprom chief Aleksei Miller and Wolfgang Ruttenstorfer of Austria's OMV Gas and Power signed another agreement on cooperation.

The two companies will create a joint venture to operate the Austrian part of the gas pipeline. Each party will have 50% of shares.

The contours of South Stream are finally defined. When completed, the South Stream gas pipeline would carry gas from Russia through Bulgaria, Serbia, and Hungary to Austria with a possible branch line heading south through Greece to Italy.

Putin and Faymann gave a joint press conference. Nearly all questions were related to the issue of the two countries cooperating while Austria remained the Nabucco project participant.

In his turn, Chancellor Faymann said there was no conflict in participating in two competing projects. He also gave a positive assessment to the gas agreement signed between Russia and Ukraine in Kharkov last week. He said there were concerns about fulfillment of all agreements regarding the supply of all energy products through Ukraine, but the situation has improved.

It seems that everyone is happy with the solution. Russia obtained a reliable and solvent customer ready to buy additional gas. The document is equally significant to Austria. The country does not have nuclear power stations and natural gas is extremely important for the country’s energy balance. Now Austrians will be better protected from the whims of transit countries.

On Sunday, April 26, Russia received another good piece of news from Austria. Fischer, a Social Democrat, won nearly 79 per cent of the vote, trouncing his main rival, Barbara Rosenkranz of the anti-foreigner and anti-European Union Freedom Party, who netted 15.6 per cent. Rudolf Gehring of the small Austrian Christian Party secured 5.4 per cent.

While voting, Austrians were not likely to consider foreign policy. Yet, the result is very beneficial for Russia. Although Austrian President is a nominal figure (Chancellor has all the power), the current ruling coalition of Social Democrats and conservatives is very unstable and may collapse.

In this case, the President’s power may turn from nominal to the real one. Russia’s good relations with Fischer are a solid base for the development of bilateral relations.

Social-Democratic party is more lenient towards Russia than other large political forces of the country. This brings optimism about Russia’s relations not only with Austria but the EU as a whole. Austria is an active participant in the shaping of the EU foreign policy. Additionally, due to historical reasons, Austria can influence former socialist countries whose relations with Russia impeded the dialogue between Russia and the EU on a number of occasions.

Austria’s decision to join the South Stream project was made under Fisher and Faymann. This proves that last weekend Austria supplied two pieces of very good news for Russia.