China To Support Only Harmless Sanctions against Iran

China does not intend to support radical sanctions against Iran that could stop its nuclear program, says the statement made on April 20th by Chinese foreign ministry spokeswoman Jiang Yu. She stated that Beijing insisted on a diplomatic solution of Iran’s nuclear issue, explaining that “dialogue and negotiations” are the most efficient methods. 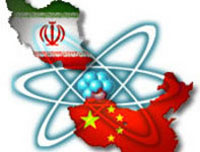 China To Support Only Harmless Sanctions against Iran

"We have stated many times that the six countries launching the talks in New York does not mean that the door is shut to dialogue and negotiations," she said, referring to the six permanent Security Council members (Russia, USA, China, France, Great Britain and Germany) that discussed additional sanctions against Iran in New York on April 15.

The statement came as a shock to those who counted on serious changes in China’s position regarding the Iran issue. In the beginning of 2010 Beijing seemed to be prepared to soften its position of unwillingness to discuss a new package of anti-Iran sanctions.

In early April China agreed to make it the topic of negotiation of the six countries. Same happened to Russia whose position went through similar evolution. Dmitry Medvedev said in his address in Brooking Institute in Washington on April 14 that he could admit that the sanctions were inevitable.

It seemed that the sanctions were about to be introduced. Now it is clear that Beijing intends first and foremost to insist on diplomatic negotiations. Since it is a permanent member of the Security Council, introduction of sanctions is impossible without China’s approval.

It is worth mentioning that experts were skeptical earlier about the ability of the “six powers” to quickly come to an agreement on this matter. It is not ruled out that the acceptance of the resolution prepared by the UN Security Council may get delayed until June. In May Lebanon will be chairing the organization, and its leaders have stated their absolute disagreement with any anti-Iranian sanctions, which has to do with the great influence of Hezbollah in the country.

The US and other countries insist on quick introduction of additional sanctions against Iran to force it to refuse implementation of Iran nuclear program. Iranian President Mahmoud Ahmadinejad said on Feb. 11 that the first batch of 20% enriched uranium was produced, and that the country was able to get to even a greater level of enrichment. This was taken as another evidence of non-amicable nature of Iran’s nuclear program.

Has the current position of China ruined the hope for introduction of additional sanctions? If not, then how effective can they be? Pravda.ru interviewed experts Lana Ravandi-Fadai, Alexander Khramchikhin and Sergey Luzyanin to find out the answers.

Lana Ravandi-Fadai , an expert with the Institute of Eastern Studies:

“Considering the disagreements that Russia and China have with the West regarding the Iran issue, acceptance of really effective sanctions is not possible. Islamic Republic still remains their important economic partner, and these two countries have no attention to abandon this partnership. But even if we imagine that Iran is banned from trading with other countries it will not stop its nuclear program which became a national idea. Teheran is prepared for the worst case scenario. It has significant resources to wait out even a complete blockade.

The statement of the Chinese representative about Beijing’s intentions to solve the issue diplomatically was not an accident. This is the way China lets us know that even if it does vote for the sanctions they would be completely harmless for Teheran. That is, they will be compromising, unable to influence it.”

Sergey Luzyanin, Deputy Director of the Institute of the Far East:

“China has been defending its position regarding Iran long and consistently. The position is that sanctions will not solve the issue but aggravate it. This position is not without logic.

Beijing addresses the point that no one was able to prove the military nature of the Iranian nuclear program, and peaceful development of atom is not banned. Additionally, a number of issues could be solved by International Atomic Energy Agency’s tests because Iran has not limited the access to its nuclear objects.

On the other hand, introduction of sanctions would close the access for diplomatic efforts. Of course, China is being pressured. Yet, it does not yield. In the event that the sanctions affecting China’s economic interests are attempted, it will simply veto them. In any event, this position is another proof that China positions itself as a world super power that does not intend to follow the American policy.”

Alexander Khramchikhin, Deputy Director of the Institute for Political and Military Analysis:

“The Iranian nuclear program can be stopped. It can happen only if Teheran’s oil sales program is obstructed, because this is how the nuclear program is financed. Yet, China that gets the black oil from Iran will not agree to it under any circumstances. At the same time it will not break the promises given to the world community. China will discuss the sanctions, but will not vote for them. There is another factor besides oil. Lately, Iranian-Chinese military and technical cooperation has been developing. In particular, during the last parade held in Teheran the Persians showed contemporary air defense complexes that strongly resembled Russian S-300, allegedly designed by them. Most likely, they were made in China.

This is not only an economic issue. The geopolitical factor is very important. China is trying to promote its influence in the world and not without success. Special attention in China’s plans is given to the Middle East and its oil resources. Beijing has no intentions of yielding them to anybody. That is why it will not directly reject introduction of the sanctions but will constantly delay the last word. I think that there are two possible options. Either Iran will gain access to nuclear weapons, or it can be stopped by the only existing force, Israel, that will strike.”