The President of the Islamic Republic of Iran, Dr. Mahmoud Ahmadi-Nejad, declared on Sunday in a meeting with the Indonesian Foreign Minister in Teheran that nuclear weapons pose a threat to the security of the international community. Rather than trying to develop nuclear weapons, The Islamic Republic of Iran stands against them and in favour of a nuclear free world. 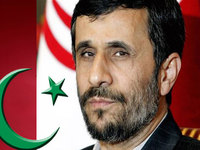 Describing his country as being a member of the group which campaigns against the development of nuclear weapons, Mahmoud Ahmadi-Nejad declared that certain countries have other agendas, such as “proliferation and the development of nuclear bombs”. To counter this, he claimed, “it requires collective cooperation between the two sides for dismantling nuclear weapons worldwide”.

The Islamic Republic of Iran is broadening its quest, he continued, to form a new world order based on peace and cooperation, taking a stance against nuclear proliferation and fostering international collaboration.

For the Iranian President, the emerging countries must take a firm stance against the hegemonic interests of those who wish to control the world’s resources: “If countries such as Iran and Indonesia fail to play an active role in global developments,” he stated, “those favoring hegemonic systems will take the initiative once again”.

He claimed Iran and Indonesia should play a more active role both in Asia and in global developments.

In reply, the Indonesian Foreign Minister, Marty Natalegawa, stated that the Teheran Conference was “very significant and promising” in calling for the dismantlement of all nuclear weapons.

The other side of the coin

This news comes from the Islamic Republic of Iran, the source being the Islamic Republic News Agency and as predictable, it is nowhere to be seen in the international press, which likes to portray the IR Iran as a pariah state vying for nuclear weapons to use against Israel (which sits on up to 200 nuclear warheads in the Negev Desert) and the United States and its allies.

Yet here we have the other side of the coin, President Ahmadi-Nejad not only calling for peace but importantly, calling on those who have nuclear weapons to dismantle their arsenals.

Why does the international community continue to work with two sets of weights and measures, turning a blind eye to Israel’s massacres and human rights abuses committed almost on a daily basis, to the acts of terrorism perpetrated by its security forces and to its nuclear arsenal, a sort of unspoken truth that everyone has agreed not to mention? And the IR Iran cannot even have nuclear power stations for the production of energy to heat and light homes?