BRIC: Towards a More Democratic and Fair, Multilateral World

The leaders of Brazil, Russia, India and PR China, the four major emerging economies, met this Thursday at the BRIC Summit in Brasilia. The issues discussed were mainly economic, with the areas of energy and infrastructure standing out.
For Dmitry Medvedev, the main objective was to join together to pool ideas to continue the recovery after the collapse of the economic and banking system in recent years and draw a common plan to move forward, ensuring that this situation is never repeated. 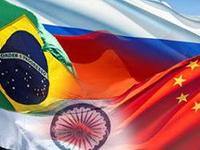 BRIC: Towards a More Democratic and Fair, Multilateral World

"Our main objective today was to develop our cooperation in facing the challenges of the post economic crisis, supporting the international financial institutions and creating an international system which is in general more democratic and just," he declared at the Summit on Thursday.

To the President of the Russian Federation, the summit was "very interesting and productive." He considers that the BRIC bloc is becoming a global force capable of taking decisions affecting the international community. "The BRIC format is fully developed, enabling us not only to coordinate our efforts but also take concrete decisions."

Among the issues on the table for discussion was the role of the G20, the issue of energy security, climate change and the fight against terrorism, crime and drug trafficking. Praising the "joint approach" to the issues in focus, Dmitry Medvedev ends a journey that included the first visit of the Russian President to Argentina.

Medvedev and Kirchner: Closer ties
In his meeting with the President of Argentina, Cristina Fernandez de Kirchner, before the BRIC summit, Dmitry Medvedev signed documents on bilateral partnerships, which included the area of energy, transport and space.

The documents were aimed at the participation of the Russian Federation in the project to build a nuclear power plant in Argentina, the combined use of the Russian global navigation system GLONASS and the supply of icebreakers and helicopters for the Argentine Antarctic expeditions.

On a more global note the discussions focused on the social and political integration of Latin America, cooperation between MERCOSUR, the Rio Group, UNASUR and the Russian Federation, and cultural ties. They ended the meeting with a joint statement on the UN role in crisis management and commitment to follow the principles of international law.