Interpol issued the arrest warrant for Raghad Hussein, the elder daughter of late Iraqi President Saddam Hussein, on April 5. The warrant was issued upon the request from the sitting Iraqi administration. The woman is accused of terrorism and crimes against life, health, freedom and personal dignity. 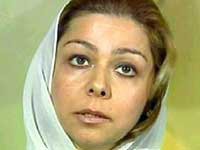 The Iraqi authorities put Raghad Hussein, 41, and her mother, Sajida Tulfah, on wanted list several years ago. The two women are suspected of cooperation with terrorists and embezzlement of state funds.

Raghad Hussein’s whereabouts are not a secret. She has been living in Jordan’s capital, Amman, for several years with her five children – two sons and three daughters. In 2006, Raghad organized a special committee abroad to defend her father. She personally hired attorneys for Saddam and participated in demonstrations to support the former dictator. Her initiatives were not a success, and Saddam was hanged on December 30, 2006.

As for her mother, there is not much information about her. Interpol believes that she often changes the place of her residence and appears in Jordan, Syria or Yemen. Unlike her daughter, the woman was not involved in political activities.

Saddam Hussein had six children. He had five from Sajida. Raghad has two sisters – Rana and Khala. Her brothers – Uday and Qusay - were more famous . They were killed seven years ago in battles with US troops in the north of Iraq. Saddam Hussein also had a son, Ali, from his second wife, Samira Sahbandar.

The story with attempts to capture Raghad Hussein continues for several years. When the USA and its allies occupied Iraq in 2003, Raghad and her family escaped to Jordan. The new Iraqi authorities exterminated many of Saddam Hussein’s relatives afterwards, so the woman was lucky to stay alive.

The Iraqi administration put Raghad Hussein on international wanted list in 2006. She was accused of the organization of many terrorist attacks and inciting ethnic strife between Sunni and Shiite communities. As a result, Interpol issued a Red Notice urging the police of all nations to find Raghad.

Jordanian Prime Minister Marouf al-Bakhit strongly refused to deliver Raghad. He stated that the woman and her family were living in Jordan under the protection of the nation’s Royal Family. The official added that Jordan had granted the woman shelter in return to her agreement to refuse from political activities. Raghad has broken her promise on a number of times since then, but no one deprived her of the privileged status in Jordan.

The story continued in 2007, when Interpol issued another order to arrest the woman. Officials of the Iraqi government said that Raghad should be tried for funding Iraqi gunmen. Jordan responded with a refusal again and said that the woman was not involved in any political or public activities.

Raghad Hussein found herself in the center of a public scandal on July 3, 2006, when a Kuwait-based newspaper published a photo of her wearing a bikini. The publication was a shock for the Muslim nation. A local resident filed a lawsuit against the newspaper and the publication was closed for three days. The chief editor of the news paper was fined.

No new warrants were issued for the arrest of Raghad during the next two years. It probably happened against the background of the notorious trial of “Chemical Ali,” Saddam Hussein’s cousin and former defense minister. The case was closed, Ali was executed, and the authorities turned to the late dictator’s daughter again.

Russia Today: Has life in Iraq changed to the better without Saddam Hussein?