Serbian Skupshtina criticized massacre of Muslims by Bosnian Serbs in Srebrenitsa in 1995. 127 out of 173 members voted for the document. 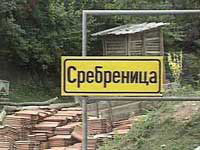 The events that took place in this Bosnian town are considered one of the most horrifying episodes of Bosnia and Herzegovina war. In the beginning of July, soldiers of the army of Bosnian Serbs broke into the city populated by Muslims and protected by the UN peacemaking forces. Nearly the entire male population of the town was eliminated.

The Hague tribunal blames the ex-leader of Bosnian Serbs Radovan Karadzic for the crimes against the humanity and believes the massacre in Srebrenitsa to be one of the most significant episodes.

Yet, the supporters of this position often ignore the affairs that preceded those tragic events. In 1992, by the beginning of the war, Serbs accounted for more than a quarter of the town population. Yet, Muslim troops occupied the town killing Serbs and forcing the rest of them flee.

In 1993, military initiative changed hands. Bosnian Serbs won back the villages next to Srebrenitsa and surrounded the town. The town, populated by then primarily by Muslims, was taken under the UN shelter. Muslim troops took advantage of it and kept attacking Serbian positions. This made Serbian leaders Radovan Karadzic and Ratko Mladic make a decision to attack the town.

In the West, the events in Srebrenitsa have been called the genocide of the Muslims for a long time. However, Serbia, remembering the event before the tragedy of 1995, did not think so. The local community demanded that the world aknowledges the crimes committed by Muslims against the Serbs.

Pro-western President Boris Tadic who took office in 2004 came to Bosnia five years ago and criticized the actions of his compatriots. Muslim leaders of Bosnia and Herzegovina took advantage of the situation and demanded that Serbia compensates them for the genocide in Srebrenitsa. In 2007 the Hague tribunal accepted the fact but denied compensation.

At the same time, Serbia did not accept any official document assessing those events. President Tadic spent several years trying to talk Skupshtina members into accepting a resolution criticizing genocide of Muslims in Srebrenitsa. A few days ago, the resolution was drafted. Yet, there was no unanimous vote, and the parliament was turmoiled.

The draft resolution was introduced by Tadic’s supporters from the coalition “For a European Serbia” who represented the majority. The document did mention genocide. The authors indicated that the EU has been trying to get this condemnation for a long time. It is one of the stipulations if Serbia wants to join the EU and make peace with its Balkan neighbors.

The partners of pro-presidential forces from the Socialist party once chaired by Slobodan Milosevic, who died in the Hague prison, were ready to support the document. The only significant condition was that the document could not contain the word “genocide.”They justified it with the fact that the biggest losses in the wars accompanying the collapse of Yugoslavia were incurred by the Serbs.

The leaders of pro-western Liberal-Democratic party, on the contrary, called for even sterner wording to brand the crimes, end with the shameful past and satisfy the demands of the EU.

Nationalistic forces refused to vote for the resolution. Serbian radical party believes that all facts concerning Srebrenitsa were still not revealed. The party representatives believe that the international community has to recognize genocide of Serbs, Jews and gypsies committed during World War II by the Nazi accomplices, Croats and Muslims.

Now it is up to the world community. As of now, the Hague Tribunal has not criticized any high ranking Muslim, Croat or Kosovo Albanian who gave orders to wipe out the Serbs. Before, the judges could say that Serbia does not officially recognize its crimes. Now this excuse is absolutely ungrounded.