The State Department of the United States of America likes to publish its yearly report, the Report on Human Rights Practices in which it arbitrarily lists what it understands as abuses. Year after year, snide remarks are made about Russia and the Prople’s Republic of China. Let us take a look at the Human Rights Practices in the United States of America and draw some conclusions.* 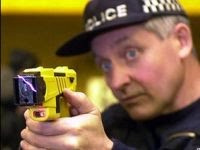 Since the United States of America likes to list what it perceives as human rights abuses in other countries, in a holier than thou, intrusive, arrogant attitude, let us then list the human rights abuses in the USA and then we can make statements about throwing stones and glass houses. In short, the internal situation is so catastrophic that there are no basic human rights in that country, because people are not free to walk around at will. The delinquency rates are shocking and the population in prison is among the highest per capita percentages in the world.

So it is not restricted to one area, one State, one region or one city. Violence is mushrooming all over the country. The USA is the country with the greatest number of firearms per capita in the world. 30,000 people per year die in firearms-related incidents. Serial massacres are commonplace: Michael McLendon (March 11, 2009 – 10 people); Robert Stewart (March 29, 2009 – 8 murdered and 3 wounded); Jiverly Wong (April 3, 2009 – 13 murders and 4 injured).

11.3 per cent of secondary school students in Washington DC have been threatened or wounded in violent crimes at school. In 2007/8 there were 17.666 violent incidents in public schools in New Jersey and between 2006 and 2007, there were 107 serious crimes committed on the campuses of New York University.

Abuses by the police are rife. 45 people were murdered by the police in 2009 due to improper use of tasers. One in every 198 inhabitants of the USA is a prisoner.

Abuse against prisoners is well documented, including cases of rape of prisoners by the authorities: reports of “bad sexual conduct” in 93 federal prisons over the last 8 years has risen by 100 %.

The flow of information is not free in the USA: The NSA taps telephones, intercepts mail and pries into e-mails from 25 centres.