The US healthcare reform overhaul suggested by President Barack Obama and passed by the US Congress on March 21 is still very much a hot button issue. 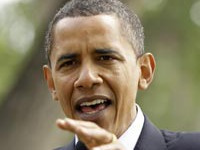 During the last year, the reform was a topic of tumultuous debates. America is a country with a specific political system where government’s influence is limited even in the social sector, including health care. The US does not have a universal healthcare system like Europe or Russia.

Private medical insurance is expensive. As a result, 36 million people (not including countless illegal immigrants) do not have any insurance, and 25 million have partial coverage. Obama decided to change that and give coverage to 32 million people.

The reform will oblige private insurance companies to provide coverage to low income people and people with high health risks. They will no longer be able to deny lifetime insurance. Individuals unwilling to purchase insurance will be fined, and legal entities will be fined for refusal to provide insurance.

The changes will be gradual. Preliminary calculation showed that implementation of the reform will take no less than four years. It is suggested that 940 billion dollars will be allocated for the reform implementation.

It is the first time when this much money is allocated for a social program. This is exactly why many people oppose the reform, mainly, conservative Republicans. They believe that this is not only an expensive undertaking, but also a reform that would lead to strengthening of the government’s role, which allegedly contradicts the American spirit. The debates were hot, and those against the reform did everything they could to postpone it in the Congress.

The big vote took place on March 21. The reform bill passed by the skin of its teeth, 219 against 212. The reform was opposed by all Republicans and 34 Democrats.

On March 23, Barack Obama made the final step. "Today, after almost a century of trying -- today, after over a year of debate -- today, after all the votes have been tallied, health insurance reform becomes law in the United States of America," Obama said at a White House ceremony packed with ecstatic supporters.

After introducing the president at the signing ceremony for healthcare reform legislation at the White House, Vice President Biden turned and embraced Obama while excitedly whispering into his ear: "This is a big [email protected]**ing deal!"

Biden’s expression became an immediate hit. He was quoted by American cable channels and internet media. An entrepreneur began selling T-shirts with the quote printed on them. Secretary Robert Gibbs later tweeted: "And yes Mr. Vice President, you're right... "

Later, the President and his employees were addressed by lawyers representing 14 states who filed lawsuits challenging the overhaul. The Republican attorneys general from Alabama, Colorado, Idaho, Michigan, Nebraska, Pennsylvania, South Carolina, South Dakota, Texas, Utah Florida, and Washington were joined by their Democratic colleague from Louisiana.

This means that Obama will have to fight the resistance not only from Republicans, but also from his own party members, to implement the reform.