Moscow Summit: Can There Be Peace in the Middle East?

As Ban Ki-Moon arrived in Moscow ahead of the visit by the Quartet for Peace in the Middle East, issues such as nuclear disarmament, non-proliferation, climate change, peace-keeping forces and UN-Russia cooperation were on the table but the main issue was Friday’s Middle East Quartet meeting. Predictably, Israel once again appears as the pariah. 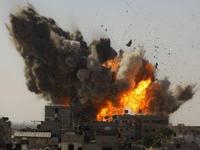 Moscow Summit: Can There Be Peace in the Middle East?

Such is the role of the Quartet (the UNO, Russian Federation, USA and European Union) which has called on Israel to stop building more settlements in East Jerusalem (land which does not belong to Israel under international law) after Netanyahu’s government announced plans to build thousands of new homes for illegal Jewish occupiers.

Any civilized nation, if confronted with a request by this huge block of geo-political might, would recognise that it represented the collective will of Mankind and would act intelligently and accordingly. Not so Israel, a State built upon dreams, a State which provided Milk and Honey for the Jewish idealists who dreamed of a Motherland and who built their country (upon the properties of Palestinians who were dispossessed), a State founded upon the collective goodwill of precisely the countries which form today’s Quartet (in Russia’s case it was then the USSR).

The world was then in favour of Israel. The world today is not.

The collective will of Humanity decided back in 1948 that Israel was to exist inside internationally-recognized borders. Since then, Israel has expanded these frontiers to encompass territories comprising a Greater Israel which has not existed since Biblical times, claiming that “spoils of war” give it the right to act as it pleases.

Such is the arrogance of ex-office boy Netanyahu that he has incorporated into his Cabinet a right-wing Fascist, Avigdor Lieberman, as his Foreign Minister, whose claim to fame is to have said that President Hosni Mubarak of Egypt should (quote) “Go to Hell”, who has allegedly made statements saying Palestinians should drown and be executed.

And this same lunatic stated in reaction to the Quartet’s request that such a statement “distances” hopes for peace because it “ignores the experiences of the past 16 years and does not take into account that peace must be constructed from the ground up”.

Justifying himself with such ludicrous statements as “such announcements only distance the goal of achieving a true settlement between Israel and Palestinians by giving the Palestinian side the false impression that feet dragging and refusal to sit at the negotiations table under false pretence will bring them closer to their goal”, Lieberman personifies what is wrong with the Israeli government.

And what is wrong with the Israeli Government?

When the Secretary-General of the United Nations Organization, the United States of America, the Russian Federation and the European Union tell Israel to stop breaking international law, to stop stealing lands which do not belong to it and to stop illegal building programmes, and when Israel’s Foreign Minister says No… then what is Israel but a pariah?

The big question resides there. While “Family Guy” cartoons show idiotic Americans trying to get their sons to become Jewish so as to become intelligent (and then show a synagogue full of Jews trying to lynch a typical American family), who is really intelligent, who has a sane and sustainable foreign policy and who is antagonizing the entire international community?