Russia slid to second place on the list of world’s largest sellers of arms giving way to the United States of America. Russia covered 24 percent of the world arms market from 2005 to 2009, whereas the USA’s percentage is higher – 30%, AFP reports with reference to a research conducted by the Stockholm International Peace Research Institute (SIPRI). Russia was previously ahead of the USA and had 31 percent on the market from 2001 to 2005 vs. the USA’s 30 percent. 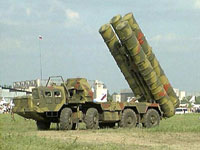 Russia’s defense export giant Rosoboronexport currently ships arms to over 70 countries of the world. Air force equipment makes 50 percent of all shipments. Russia’s biggest partners on the arms market are India, Algeria, China, Venezuela, Malaysia and Syria. Rosoboronexport’s business portfolio for 2010 is evaluated at over $34 billion.

Such activities on the arms markets of South America, Africa and Asia may testify to the beginning of the arms race, experts say.

Singapore , for instance, has become one of the world’s largest importers of arms since the end of the war in Vietnam, SIPRI’s study said.

The list of arms-importing countries changes slightly and mostly remains stable. China and India are the two largest importers of arms in the world. Greece is included in the top five: the nation particularly purchased 26 F-16C and 25 French Mirage-2000-9 fighter jets.

SIPRI’s research did not embrace the statistics on small arms, light arms and transport used in military actions. Specialists of the institute analyzed only the circulation of military hardware – aviation, armor, vessels and artillery.

Russia Today: Russia has no obstacles for military cooperation with Iran