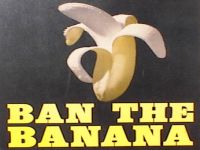 The UN High Commissioner for Human Rights issued a report highly critical of the situation in Colombia, which betrays the insecurity of human rights defenders and their stigmatization, including members of the government of Alvaro Uribe. "There continue to be in Colombia attitudes of harassment and persecution of human rights defenders and their families," wrote the High Commissioner Navi Pillay, who visited the country in September 2009 at the conclusion of the document, published on Tuesday.

"The High Commissioner is deeply concerned by the phenomenon of extended threats against human rights defenders," he said in the document to be submitted to the Human Rights Council of the United Nations in Geneva on March 24.

While acknowledging that "the overall security situation has improved" with the implementation of the democratic security policy of President Uribe, Navi Pillay's report was devoted to a long list of sectors that it said are at risk: union leaders, leaders of indigenous communities , African-Colombians, representatives of displaced populations, judges, lawyers and journalists.

In the document, the UN mentioned murders, some of them with torture, threats and harassment. These threats occur "by means of leaflets, obituary notices, e-mail, UN report condemns the DH situation in Colombia.

Not to mention authors, often unknown, the Colombian state is responsible, because "one of the main reasons for insecurity (...) is the systematic stigmatization of them (defenders) by government and other non-state actors."

Illegal surveillance, arbitrary arrests, allegations of perjury and theft of documents are other barriers to human rights in Colombia, the report said.

The Colombian government has given protection to 3,052 people between January and September 2009, but "real protection" is only possible when the "stigma ceases altogether and the perpetrators of crimes and threats are judged,” he said.

Another Colombia is possible!