On March 9 Ukraine celebrated the 196th anniversary of the birthday of the nation’s greatest poet Taras Shevchenko. President Viktor Yanukovych visited the place of the poet’s birth, where he made a contradictory statement regarding the status of the Ukrainian and the Russian languages. 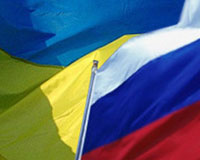 Ukrainian politicians traditionally visit Shevchenko’s hometown where they talk about his contribution to the development of the Ukrainian culture and language. Viktor Yushchenko, the previous president of Ukraine, would always emphasize the importance of the Ukrainian language and say that Russian would never become an official language of the nation.

Now it is Yanukovych’s turn to visit the places, where Taras Shevchenko spent his youth. Yanukovych laid flowers to the monument of the poet in the center of Kiev and then traveled to the town of Kanev in the Cherkassk region. He visited Shevchenko’s grave there and saw how the reconstruction was going in the museum of the poet.

Like Yushchenko, Yanukovych spoke about the status of the Ukrainian and the Russian languages.

“The Ukrainian language will be developing in Ukraine as the only state language,” Yanukovych said.

The new Ukrainian president virtually repeated the things, which his predecessor Yushchenko was saying for several years in a row. However, Yanukovych added that the European Charter of Regional Languages would be introduced in Ukraine.

The addition means that the regions, where the share of non-Ukrainian speakers exceeds 20 percent, would have a right to officially introduce another language, including Russian.

We have to acknowledge that Yanukovych’s statement about the Ukrainian as the only state language looks strange. He promised on the threshold of the presidential election back in 2004 that he would strive for the national status for the Russian language.

He reminded of that promise of his in September 2009 when the most recent presidential campaign was being launched. Yanukovych’s Party of Regions has a paragraph in its program about the existence of two state languages in Ukraine. Now that Yanukovych is the president, he suddenly says that the high status can belong to only one language.

Yanukovych acknowledged during his pre-election campaign that it would be very difficult to win the national status for the Russian language in Ukraine. He said that he would take efforts to grant a regional status to the Russian language in the east and in the south of the nation in accordance with the European Charter for Regional Languages. He kept his promise at this point.

Deputy head of the presidential administration Anna German also said that the remarks about the only official language did not mean that Yanukovych broke his promise to fight for the rights of the Russian-speaking population in Ukraine - the people who had supported him at the election.

Yanukovych will find himself in a tricky situation. He will have to deal with the criticism from radical Ukrainian nationalists, who accept no compromise for the Russian language and want the Ukrainian to be the only one official language in the country. At the same time, the issue of the official status for the Russian language is one of the most important questions for those people who voted for Yanukovych.

No one in Ukraine has been able to reconcile the two camps. All Yanukovych can do at the moment is swim between two waters.