The Difference between North and South America

Brazil’s President Lula has just started his fourth trip to Cuba, in an atmosphere of friendship and good humour, expressing solidarity between two States and two peoples living happily with two different economic systems. Why would it be impossible for a President of the United States of America to shake hands with Fidel Castro and sign a treaty of cooperation and friendship? 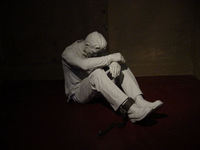 The Difference between North and South America

President Obama was elected on a ticket of change, claiming “Yes, we can”. Then why don’t you? What, for instance, has changed in the US policy towards Cuba since President Obama took office?

In fact, there has been no substantial difference in the United States’ policy towards Cuba for several decades. Therefore it comes as no surprise whatsoever that President Lula of Brazil can exchange frank and open smiles and embraces with the Secretary-General of the Cuban Communist Party, Fidel Castro, and the President of the Republic of Cuba, Raul Castro, on his fourth visit to the island during his Presidency, whereas as President, Barack Obama will not travel there once.

How, then, can the United States of America formulate policy from a basis of holier-than-thou directives issued at the whim and caprice of political favours granted to White House cronies, voting blocks or fundraisers and be taken seriously?

Is the policy of the United States of America really about fostering friendly relations, building bridges and listening, as Barack Obama had said, or does it continue to be about pandering to the wishes of those gray individuals who really control what happens? This being the case, the Presidency of the United States of America is a lame duck post from the word go, built for a puppet whose strings are pulled by AIPAC and the myriad of lobbies which gravitate around Washington.

As the rest of Latin America pulls together with closer and friendlier ties, Cuba included, the United States of America sits apart building up military bases in Columbia, antagonising Venezuela and others with coup attempts, turning a blind eye to Fascist narco-terrorists like Columbia’s Uribe and holding on to the only tangible contact it has with Cuba, the concentration camp at Guantanamo Bay.

So as regards the Americas, with the south pulling together with mutual ties among socially progressive regimes, nothing has changed in the north. That is the difference between North and South America. A group of friends and a pariah.