A regional summit of the leaders of Latin American and Caribbean countries took place in Mexico’s Cancun. Cuba’s new leader, Raul Castro, participated in the forum for the first time. 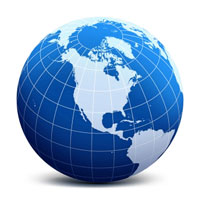 The members of the summit urged the US administration to end the “multi-purpose” blockade of Cuba.

“We urge the US government to execute the decisions of the UN General Assembly and end Cuba’s economic, trade and financial blockade,” the joint statement issued by the leaders of 25 countries of the Latin American region said. The summit members also demanded the United States should lift the Helms-Burton Act.

The United States introduced sanctions against Cuba in 1961 after the CIA failed to conduct a special operation in the Bay of Pigs to topple Castro’s government. The sanctions were toughened in 1996 with the introduction of the Helms-Burton Act, which barred vessels of foreign countries trading with Cuba from entering US ports. The act also stipulated a system of fines for the companies which cooperated with Cuban partners.

The statement approved as a result of the above-mentioned summit said that the blockade of Cuba caused damage to the Cuban nation and violated the international law.

In addition, the Latin American leaders suggested the creation of a new regional structure without the participation of the United States and Canada. The new bloc is to become an alternative to the Organization of American States (OAS), which has been the main regional forum on the continent during the recent 50 years.

The majority of Latin American countries are members of the OAS, in which the United States plays the leading role. The US predominance in the organization has raised concerns with many countries of the continent, particularly with Venezuela and Cuba. Honduras has recently pulled out from the organization in a token of protest.

The OAS is driven with discord between several of its members and the USA in terms of the issues of economic policy and commerce. The organization is also criticized for promoting the USA’s interests. Therefore, the creation of a new regional structure was one of the key issues on the agenda of the two-day summit in Cancun.

Mexico ’s Felipe Calderon stated that the new organization would strive for the regional integration and support regional interests at international meetings.

Cuba ’s Raul Castro said that Calderon’s proposition was “a historical step on the way to the constitution of the solely Latin American and Caribbean regional organization.”

Cuba ’s membership in the OAS was suspended in 1962 due to the nation’s socialist political system. In 2009, the organization canceled the decision, but Cuba did not retrieve its membership.

Venezuela ’s Hugo Chavez also supported the proposition to establish the new structure and said that it was a step against the US-led “colonization” of the region.

Several Latin American leaders said that the new regional organization should not become a replacement for the OAS.

"It's very important that we don't try to replace the OAS. The OAS is a permanent organization that has its own functions," Chile's President, Sebastian Pinera said.

The charter of the new organization will be prepared for the next summit of Latin American countries which is going to take place in Venezuela in 2011.