Charlie Wilson, the former congressman from Texas and the main orchestrator of arms supplies to Afghanistan's Mujahideens to fight against Soviet troops, died on February 10 at age 76. His life was chronicled in the movie and book "Charlie Wilson's War" which has not made it to the Russian theatres as an anti-Soviet film, reports GZT.Ru. 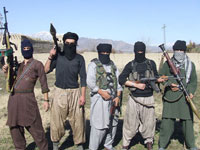 Wilson died on his way to Memorial Medical Center -Lufkin in Texas where he served in Senate for over 20 years. He was taken to hospital after he started having difficulty breathing while attending a meeting in the eastern Texas town where he lived. Wilson was pronounced dead on arrival, and the preliminary cause of death was cardiopulmonary arrest, Associated Press reports. He had the heart transplant in September 2007.

Charlie Wilson’s political career started when he was 27, after his service in the Pentagon. He was elected to the U.S. House of Representatives from the Second District of Texas. By age 40, Wilson made his way into the Congress with the support of Texas black population. He was re-elected 12 times, and served from 1973 through 1996.

Besides being an ambitious politician, Wilson earned a reputation as a hard-drinking womanizer known as Good Time Charlie. When retired, Wilson confessed in an interview that he was knows as Tornado among women.

The news about Wilson’s death was on the front pages of Thursday newspapers in the US. According to Politico, “Congress lost one of its most colorful characters … Charlie Wilson, a Texas Democrat who mixed wit and a maverick lifestyle with a deadly serious backroom campaign to secure covert funding for Afghan rebels fighting Soviet occupiers in the 1980s.”

This is the most interesting part of his biography. Wilson specialized in the USSR issues during his years in the Pentagon. His passionate interest in the Mujahideen cause began in 1980, less than a year after the Soviet invasion of Afghanistan, when he read a news agency dispatch about the plight of refugees. Supported by Joanne Herring, a wealthy political backer and anti-communist, he started financing Afghanistan’s resistance. Wilson used his seat on the powerful House Appropriations Committee, and the secrecy of the U.S. covert-operations budget, to send billions of dollars in arms to the Afghan rebels.

After the withdrawal of Soviet troops from Afghanistan, Zia-ul-Haq, President of Pakistan, while answering the question of an American journalist who asked how illiterate Afghan peasants were able to strike such an intense blow at Russia, said “It was Charlie.”

After visiting a refugee camp in Pakistan and seeing wounded and maimed Afghan guerrilla fighters and children, Mr. Wilson vowed to help them. He stayed true to his position after 9/11 attack. He continued to argue that failing to help mujahedeen in the 1980s would be the same as failing to help the USSR to fight Hitler.

Wilson’s story was described by a journalist George Crile in his book "Charlie Wilson's War." The movie based on the book came out in 2007. In the US it received four Oskar nominations, while in Russia it has not even made it to the theatres. The theatres gave an official explanation stating that the film was not commercially viable, but unofficially they confessed that its anti-Soviet theme was the actual reason, reports GZT.Ru.