The European Union responded to Dmitry Medvedev’s appeal to modernize the Russian Federation. European officials even sent “Partnership for Modernization” draft project to their Russian counterparts, Russian news agencies said. The European Commission believes that Russia at first needs to guarantee the rule of democracy and human rights nationwide before it could adjust its economy to European standards. 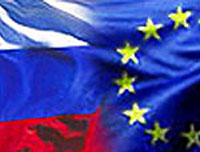 European officials have been working on a new partnership program since the autumn of 2009. Jose Barroso, the head of the European Commission, stated in November of 2009 that he could only approve Medvedev’s article “Go Russia!” and offered his assistance to Russia in its endeavor to modernize the nation.

Spokespeople for the Russian administration said that Europe’s document was a positive and intellectual contribution to the process of modernization. However, they insist the European partners should concentrate on economic and political aspects of imminent modernization rather than dwell too much about the rule-of-law state.

The program must be auxiliary, it should not have abstract statements about the advantages of European values,” Vladimir Chizhov, Russia’s ambassador to the European Union said.

“We see an exchange of technologies, joint innovative projects, cooperation in the field of science and other similar aspects as the basis of the program. The funding can be conducted on the base of co-financing. It’s not a relationship between a well-doer and the favored,” the official said.

It does not go about the fact that one of the sides will modernize the other to its own liking. It is a partnership based on equal rights, the official added.

There are no details about the financial side of the question. Russian and European officials only say that the initiative is still being formed.