Iran’s representative at the IAEA, Ali Asghar Soltaniyeh, stated February 8 that Iran had officially informed the IAEA of its works to produce 20 percent enriched uranium for the research reactor in Teheran. 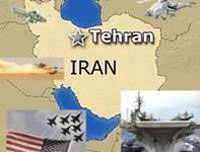 Soltaniyeh tried to dispelled the concerns of those who believed that Iran was intended to use uranium for the production of nuclear arms. The official stated that the enrichment was necessary for the production of isotopes for medical purposes. He said that the nation could no longer delay the enrichment because many cancer patients in Iranian hospitals needed radioisotopes urgently.

The official added that Iran invited IAEA experts to attend the uranium-producing works since “all nuclear objects of the Islamic Republic of Iran are under the IAEA’s control.”

Iran sent the official note to the IAEA the day following Mahmoud Ahmadinejad’s decision. The uranium-enrichment works will begin in the country on February 9.

It seems very surprising that the new decision of the Iranian administration comes in contrast with Ahmadinejad’s statement which he made on February 2. That day, he said that Iran was ready to ship low-enriched uranium for further enrichment to other countries and receive nuclear fuel in return.

The IAEA was quite happy with such a decision. They believed that the Iranian uranium would be enriched in Russia, whereas France would make fuel rods for Iranian nuclear reactors.

However, it was just a verbal statement that Ahmadinejad made - there was no document signed. It turns out that the president of Iran was joking. Moreover, it later became known that Iran was going to build ten new uranium enrichment works.

It goes without saying that the West did not like such a development of the situation with the Iranian nuclear program. In November of 2009, dozens of countries, including Russia urged the Iranian administration to confirm that the nation was not intended to build a new uranium enrichment factory.

This time the West has expressed its concerns again. US Defense Secretary Robert Gates stated in Paris on February 8 that the international community needs to show more pressure on Iran. He said that the United States did not have an intention of launching a military action against the Islamic Republic.

"The only path that is left to us at this point, it seems to me, is that pressure track but it will require all of the international community to work together," Gates said.

Herve Morin, the French Defense Secretary, supported his US counterpart.

Russia ’s reaction was negative too.

“We believe that Iran is supposed to implements the agreements that stipulate the shipment of fuel abroad for additional enrichment,” an anonymous official with the Russian Foreign ministry said.

It seems that the situation with the Iranian nuclear program has entered a new stage. There were similar incidents before, when Iran refused from cooperation with the international community.