As the London Conference on Afghanistan gets under way, it is imperative that the international community gets it right after nearly ten years of mistakes which have cost thousands of lives, hundreds of billions of dollars and have done nothing whatsoever to improve the daily lives of the majority of the Afghan population. 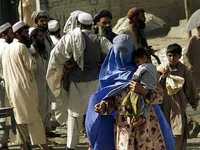 Having sided with the war lords against the Pashtun-based Taliban, the international community took a short-term option which has turned into a nightmare, turning the historic ethnic mix of the country upside-down. The appearance of foreign troops has only exacerbated the Afghan population who do not see them as freedom fighters but invaders and vast quantities of the rivers of taxpayers’ money being spent in Afghanistan are squandered.

While pulling out now is not the solution, making mistakes can be worse than doing nothing. Back in 2001, in this column it was stated that the international coalition should be careful to respect the country’s age-old lore and that development was the key, not military invasion and certainly not bombing wedding parties from 30,000 feet. Time and again.

Now in 2010 on the eve of the Conference, we reiterate the same words. The troop surge planned by Washington will bring worse results for the population because it will engender more violence, not less. The troops themselves, from the minute they set foot in Afghanistan, only think about how to survive and the day they will leave, spend most of their time barricaded in camps with comforts the local population does not have and becoming sitting ducks for attacks. They alienate everyone.

Development is the key, not militarization. Poverty and unemployment create extremism, they create an underclass of endemic unemployed young men who see the Taliban’s fat pay checks as the only way to escape a life where a bag of flour is often all they have to eat for a month.

In turn, development creates jobs, which create stability and this fosters a climate of peace and moderates extremism and fanaticism. Bringing Afghanistan’s women into the equation would do a lot towards resolving issues at the local level, where public and private partnerships, adopting a flexible approach and respecting the regional differences within the country, could make a real difference, building capacities for the local population to manage themselves.

Currently so much investment is wasted in paying short-term contractors to give training programmes which are often not tailored to the local culture and which mean spending fortunes on translators. The programs are too short and are often never implemented. To bridge this gap, Afghanistan’s brain drain should be reversed, bringing the country’s educated persons back and creating the conditions for them to stay.

At least they speak the language and understand the culture. If money is to be spent, then spend it on Afghans to teach Afghans.

With money comes the need to monitor and this has not been done closely enough. Too much money (over 250 billion dollars) has been poured into Afghanistan and a lot of it has gone into lining the pockets of the corrupt governing classes. Corruption and drugs trafficking and production are named as worse problems than the Taliban by leading members of Afghanistan’s society.

So it is not a question of militarization, it is a question of money and monitoring and finally, empowerment of women. It is women who take the decisions at village level. Include women in the equation and you have a balanced solution. And this is not imposed by soldiers in uniforms, it is created through development.

To note: This is precisely what the Soviet Union was trying to do back in the 1970s and 1980s, supporting a socially progressive Government which combated extremism and terrorism and implemented gender equality in developing the social model, when it was sabotaged by those who created the Mujaheddin to serve their political ends. This is what happens when countries interfere outside their sphere of influence. Now is the time to get it right before Afghanistan and the entire region spin out of control beyond repair.