A year of huge impact with tsunamis ripping through the world’s collective political and social conscience, tearing some communities and lives apart, while at the same time real progress has been forged towards change, the first steps of the way towards an international community that speaks with one voice and feels with one heart. We take a look at the stories which shaped our year. 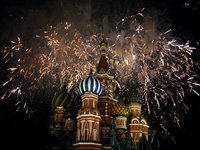 Each country has its memories of 2009, some of them happy, others tragic and the events in some States had a huge impact on the hearts and minds of the international community. The national story with an international impact has to be the election of President Obama, while A H1N1 spells a chilling reminder to us all of how vulnerable we are…

The inauguration of the Presidency of Senator Barack Obama has to be the main story on the political agenda of the year. While elected President of the United States of America, due to the tremendous influence his nation has around the world, the shock waves are bound to reach each and every shore. While his Health Care Reform is bound to have a profound impact on the lives of the citizens of the USA, making healthcare accessible to all, his new approach of listening and building bridges, mending fences and respecting other nations, not talking down and riding roughshod over them is a very welcome new chapter in the diplomatic history of the United States of America, an intelligent and wise policy from an articulate and polished man with a true vision and unusually precise insight.

As a new period of relations with the Russian Federation begins with the historic “reset summit”, President Obama and his administration will find that the two countries, and indeed the international community, share far more common values and hopes than differences of opinion. As the world comes closer together and closes ranks against the unacceptable caprices of a few selfish, warped and odious criminals, whose pleasure it is to destroy lives and families, President Obama, President Medvedev and Prime Minister Putin are the right men in the right place at the right time and together, can do a lot towards creating a New World Order which managed to bypass the first decade of the Millennium, relegated to a time warp by the Bush regime.

A H1N1: No change since medieval times

OK, Swine Flu, or to be more politically correct, A H1N1… was for most of us, and fortunately, a damp squib. However let us just imagine that the super-infections A H1N1 managed to link up with the super-pathogenic H5N1. Now what exactly did the universal health authorities do to protect us? Absolutely nothing whatsoever.

They stood back and acted like journalists, nothing more and nothing less, limiting themselves to informing us what was going on, telling us that the outbreak was breaking through the boundaries from Phase 1 to Phase 5, before some of us got informed and told the WHO that it had already reached Phase 6, such a magnificent job the supra-national and national health authorities were doing to protect us.

Snapping at the heels of this total absence of policy were the pharmaceutical companies, eager to sell their “products” to bolster profits at a time when sales are traditionally low and when the credit crunch and financial crisis had made their inroads.

So just as the Black Death claimed the lives of one third of most of Europe back in the mid-14th Century, the spectre of a re-run provided by a tango of H1N1/H5N1 is a frighteningly plausible possibility and we now know that “they” are not going to lift a finger to help protect us…worse still, “they” will smooth the path for the Pharma Industry, a representative of which informed me one December with a sparkle in his eye, rubbing his hands together “Oh yes! We love the Winter! Colds! Flu! Coughs! We have our army of products ready to sell!” Merry (rude word) Christmas!

The most spectacular communicator the stage has ever seen, the most electrifying dancer whose unique sense of timing, dancing to the half-beat, mesmerised many millions of fans and admirers, left this world on 25th June, hopefully to find some peace, some happiness and some rest from the horrifically intrusive eye of show biz. Michael Jackson was by all accounts a very nice person, whose humility and politeness proved to be the undeniable qualities of the kind of universal human being we all respect and admire.

However, during his short stay among us of precisely half a century, Michael Jackson managed to make the jump from person to personality to iconic status. An icon never dies. His secret was to be one intangible half-beat ahead of the rest in terms of his music, his dancing and his image, becoming more than just another role model for black kids.

Never have three words been written with more heartfelt emotion and conviction: Rest in Peace.

COP 15: A horrendous study of selfishness

A week before the Season of Christmas Cheer placed steaming dishes on the tables of most people (in the northern hemisphere at least) Copenhagen set the stage for one of the most remarkable performances in collective ineptitude the world has ever witnessed, quite apart from a sinisterdevelopment amid the Nazi-style catastrophic handling of the Climate Change Summit by the host, Denmark.

This was an attempt by the “haves” to pass a document purporting to have a general consensus which had wholly and utterly excluded the “have-nots”. While the intricacies of such summits were perhaps a novelty to the United States of America, which has only just started to embrace these issues at the top political level, the anti-democratic nature of this kind of skulduggery is indeed the tried and tested modus operandi of the European Union, perhaps the least democratic proto-federal state that has ever existed. It was only the vehement protests by the representatives of Cuba, Venezuela and Bolivia, along with Sudan, that carried the day and made sure the voice of the G-77 was not only heard, but that the Southern Hemisphere has its place at the table as a participant, not in the stalls as a bullied bystander and ostracised onlooker.

The fact that a greater contribution towards climate change was made by the exhausts of the record number of limousines hired in Copenhagen during the two-week summit, rather than the conference itself, says it all.

One can only hope that the North starts to listen to the South, for its own good if for no other more altruistic reason – because to date, we have seen economic immigration due to the desire to improve living conditions. Tomorrow, it will be ecological immigration sending unprecedented numbers of desperate persons striving for the right to survive.

Hopefully, as the world finally begins to react to the dire situation of a bonafide holocaust in Gaza, perhaps we will soon see all parties coming together in peace and brotherhood, respecting the life and human dignity of the other. The international community has made the decision there is no room for such things as racism, discrimination and inequality. Perhaps instead of looking the other way when we see each other down, now we will be more willing to give a hand up. In so doing, many tragedies can be averted.

Amid the eternally depressing stories churned out daily from the world’s circus of hotspots, from the violence in Iraq to the failed State of Somalia to the Mafia State of Afghanistan, to the “Green” Revolution in the Islamic Republic of Iran (which the West got it spectacularly wrong, forgetting that the Opposition is based on a clique of upper-middle class families wholly removed from the psyche of the people), a wonderfully refreshing piece of news from Bolivia.

On August 3rd, Bolivia became the first country in Latin America to declare the right of indigenous peoples to govern themselves. While this will do nothing to right the wrongs committed during the veritable Universal Holocaust, namely the period of imperialism, colonialism and slavery in which entire communities and peoples and cultures were wiped out by the Bible and Bullet approach, it is a first step and a clear sign that the will is there at the highest level to establish a New World Order.

And that brings me back to the beginning of my piece. With responsible leadership provided by competent and intelligent officials – Barack Obama and his team, Dmitry Medvedev and Vladimir Putin and their team – the world’s two super-powers can work together in tandem, heralding a fresh chapter in international relations, working together and striving towards common goals, common values and commonly held dreams.

Whoever sheds them, tears taste of salt.

Finally, I would like to finish my last piece of this year in the same way that I ended my first, by welcoming the United States of America back into the fold of the international community as a partner, a friend and a brother.

Welcome, friends! And a Happy New Year to all our readers.