Another Dracula Was Killed in Romania in 1989

December 25 marked the 20th anniversary of the execution of Romania’s communist leader Nicolae Ceausescu. His execution also manifested the end of the Romanian revolution that was extremely bloody, unlike other revolutions that swept through Eastern Europe in 1989. 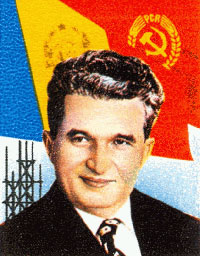 Another Dracula Was Killed in Romania in 1989

Many things in contemporary Romania remind of Ceausescu period. First of all, it is his former residence in Bucharest, the largest building in Europe. The entire old Bucharest neighborhood, including several churches, was demolished to build the palace. Smaller palaces were spread out all over the country.

Ceausescu came to power on March 19, 1965, as the Secretary General of the Romanian Communist Party and the President of the Council of State.

In 1968, he criticized bringing of Soviet troops into Czechoslovakia. In 1984, he sent Romanian sportsmen to participate in the Olympics in Los Angeles despite the boycott of the American Olympics declared by other socialist countries.

Today in the West, Ceausescu is branded as a dictator, yet up to the early 1980s he was a convenient and desirable partner for Western Europe and the US.

Ceausescu was famous for building giant plants, taking resources for the construction from Western loans or Romanian agricultural sector. The results were sad, as pumping the money from the agriculture resulted in the deficit of food. By the end of the 1980s, meat and dairy products were rationed. In 1983, Ceausescu stopped taking out loans and decided to pay off all external debts at once. This decision led to horrific drop in the living standards.

In politics, Ceausescu forced his personality cult. He was extremely suspicious and was afraid of conspiracy. He created the Securitate service designed to provide safety for Ceausescu and his government. The service employed millions of people (while the entire population of Romania was 23 million). Ceausescu alone was guarded by 40 thousand security guards.

Ceausescu’s family had special treatment. Nearly 40 of his relatives were officials. His wife Elena was Deputy Prime Minister of Romania .

Ceausescu failed to keep his country from changes. In 1987, people of the city of Brasov resorted to a riot that was cruelly suppressed by the Securitate. Discontent was growing among the party as well. In 1989, Western media published a letter from six veterans of the Communist Party accusing Ceausescu of the violation of human rights. At the time, communist regimes were crumbling in East Germany, Poland, Czechoslovakia and Hungary. In December it was Romania’s turn.

The revolution started with the demonstrations in the city of Timişoara where the main opposition leader László Tőkés , an ethnic Hungarian pastor , resided at the time.

Ceausescu suspected Tőkés and his Western supporters in an attempt of overthrow of his government and decided to deport him from the country. Members of Tőkés’s ethnic Hungarian congregation organized protests in a show of support. Securitate agents fired on demonstrators on December 17. The country learned about the Timişoara events by word of mouth, and the revolt swept all over the country. Ceausescu declared martial law .

On December 21, Ceausescu gathered a meeting in his own support around his huge palace and addressed the gathering with a speech, branding the enemies of socialism. The people revolted, and tanks were sent to the square. Many people were shot, and it took street cleansing machines to clean all the blood.

On December 22, the people came to the palace again. Ceausescu managed to escape before the crowd rushed into the palace. The Army took the side of the people and most of the security service agents fled. The USSR did not interfere. The West welcomed the overthrow. The age of Romanian socialism had come to an end.

Ceauşescu and his wife Elena fled the palace by helicopter, and then by car. In the city of Târgovişte they were caught and arrested. On December 25, Ceauşescus were sentenced to death by a military court. The video of the trial shows that after sentencing they had their hands tied behind their backs and were led outside the building to be publicly executed by a firing squad . The former leader sang “The Internationale.”

There were plenty of legends about Ceauşescu and his way of living. It turned out that his cruelty in the 1980s was exaggerated. For example, the number of the revolution victims was a little over a thousand and not 60 thousands as reported earlier.

Today, Ceauşescu is Romania’s trademark along with Dracula. This is another piece of evidence that Ceauşescu was a complex person, and he still provides food for thought for many politicians, historians, and ordinary mortals.