Three weeks are left till the election of the new Ukrainian President. Sociological services do not have much time for pre-election polls. According to the legislation, the results of opinion polls may not be published less than two weeks before the election. 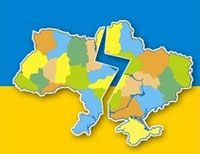 An interesting poll was conducted in December by the International Foundation for Electoral Systems (IFES) headquartered in Washington DC. The poll is more likely to be unbiased than the polls conducted by Ukrainian agencies.

Political preferences look like this: Victor Yanukovych, the leader of the Party of Regions, may secure 31 percent of votes in the election, while the Prime Minister Yulia Tymoshenko would secure 19 percent of votes.

The following candidates are expected to be supported by the voters in the first round: a banker Sergey Tigipko ( 4.8 percent), the former speaker of the Parliament and leader of the Front of Change Arseny Yatsenyuk (4.7), the head of the Communist Party Petr Simonenko (3.8), the current President Viktor Yushchenko (3.5) and the Speaker of Verkhovna Rada Vladimir Litvinov (2.8).

Since none of the candidates would be able to secure over 50 percent in the first round, the winner will be determined in the second round. According to the poll, Yanukovych would win with 42 percent against Tymoshenko’s 28. Eighteen of those polled said that they would vote against both candidates. The rest of the respondents did not make the decision yet. If Yanukovych and Yatsenyuk get into the second round, the leader of the Party of Regions would secure 42 percent of votes, while the ex-speaker will be supported by 23 percent of voters.

The poll also revealed that many Ukrainians are negative towards Yanukovych, although his positive rating is the highest among the candidates. 55 percent of the respondents are negative towards him, while 42 percent are positive. Similar indicators for Tymoshenko are 67 and 30 percent, respectively. The indicators for other candidates: Yatsenyuk – 56 and 32, Tigipko - 50 and 32, Litvinov - 60 and 31, Simonenko - 69 and 22, Yushchenko - 83 and 13.

It could be suggested that the second number in the pair (rejection-liking) is a candidate’s electoral potential, i.e., the ceiling. This means that under a certain set of circumstances, 32 percent of the voters would give their votes to Yatsenyuk and Tigipko, 31 percent would vote for Litvinov, 22 for Simonenko, - 22, а Yushchenko would get as many as 13 percent.

At the same time, we could suggest that today 83 percent of the voters are not ready to vote for Yushchenko under any circumstances, while Timoshenko is rejected by two thirds of the electorate.

Recently, sociologists researched another aspect of the electorate. In the end of November, the Public Opinion Fund of Ukraine revealed that Yanukovych is popular mostly among city residents, while Tymoshenko is popular in the villages. It is worth mentioning that under the circumstances the distribution of Ukrainians’ preferences is not beneficial for the current head of the Ukrainian government.

However, the accuracy of Ukrainian polls leaves much to be desired. For example, two or three years ago before the election for Verkhovna Rada (the parliament) sociologists reported that the statistical error was two to three percent or even higher, depending on the number of those polled. In reality, the error sometimes was as great as 10 percent.

Nonetheless, the map of electoral preferences is quite steady. It stays the same regardless of who conducted the poll. The only difference is that five years ago Yushchenko was the main candidate of the western and central regions, and now it is Tymoshenko.

In the previous election, Yushchenko won in all 16 regions of the Western and Central Ukraine and in Kiev in the first round. Yanukovych was the leader in eight regions of the Eastern and Sothern Ukraine, the Autonomous Republic of the Crimea, and Sevastopol.

This electoral geography remained the same in the second round won by Yanukovych, and the third one won by Yushchenko. The division of Ukraine in to orange and non-orange remained unchanged during the Parliament election in 2006, and 2007.

The main difference was that the main force representing the West and the Center (as a counterbalance for the Party of the Regions winning in the East and the South) became the Bloc of Yulia Tymoshenko rather than pro-presidential forces. Now the polls show that the regions where Yushchenko once was the leader support Tymoshenko. Yanukovych should win in the same regions where he won before.

The South-East did not consider Yushchenko its President for the past five years. If the tendency described by sociologists in the past weeks continues, Yanukovych will be the new President. But will the entire country accept him as the President? Is such unanimous acceptance possible at all? In reality it turns out that an attempt to choose the authority in the opposite field causes losses in your own, and vice versa.

The less confrontational picture could be painted if both Galicia and Donbass were not considered (in both cases a chance that the region would support the “other” candidate is minimal and is within the statistical error).

Then it looks like public opinion in Ukraine changes in a smooth manner from the West to the East. Yet, there are no indications that the numbers would be 50/50 for Tymoshenko and Yanukovych. They had a solid support in their regions in the Parliament election.

The issue of geographical polarization of the country is very acute, and the winner of the presidential race would have to find a solution. Yet, this is something to think about after the election, for now the task is winning it.

Russia Today: Ukraine might fail to pay for gas - Putin to EU