Being Fair to Cuba

As President Obama said during his election campaign: “The World has changed and we need to change with it”. While a refreshing new process of dialogue takes place between Washington and Moscow, it is time for the international community to examine the case of Cuba and formulate a policy more befitting with the norms of diplomacy than with the monumental tantrum Washington threw after its Senators and Congressmen lost their playground half a century ago. 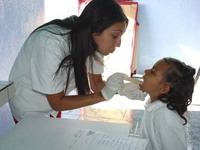 Being Fair to Cuba

Cuba the victim of international terrorism sponsored by Washington

Cuba has been accused of much over the years. However, Fidel Castro was the victim and not the perpetrator of numerous terrorist attacks and plots. It was not the Cuban Government which blew up the French ship La Coubre in Havana Harbour in March 1960, it was not the Cuban armed forces which perpetrated a massive terrorist attack in Playa Girón in 1961. It was Luis Posada Carriles, protected by the US Government, who together with Orlando Bosch who carried out a terrorist bomb attack on a Cuban aircraft on 6th October 1976.

In 1971 and 1980, modified strains of the swine flu virus were introduced into Cuba from the US bases in Fort Gullick, Panama Canal and Guantanamo Bay, Cuba so as to starve the Cuban population of one of their main foodstuffs. In 1978 bacteriological warfare was carried out again against Cuba this time targeting the country’s sugar cane production.

In 1981 the terrorist group OMEGA-7 (sponsored by the CIA and FBI) murdered the Cuban diplomat Félix Garcia Rodríguez in New York. 11 terrorist attacks were carried out under the command of Posada Carriles in 1997, in Havana, to try to destroy the Cuban tourist industry. In 2000, it was Posada Carriles again, this time arrested at the Ibero-American Summit in Panama City with three accomplices, in possession of the explosives C4 and Semtex.

As President Obama says, the world has changed. Or has it?

Cuba, the champion of racial equality and freedom

Rather than attacking other sovereign states or carrying out terrorist attacks, Cuba has a long history of actions of solidarity and freedom fighting, totally ignored in the international press.

350,000 Cubans fought voluntarily in Africa to free millions from the yolk of imperialism; 35,000 Africans have received training – for free – in Cuba. Cuban doctors have been provided for service in dozens of developing countries while tens of thousands of patients from these regions have been treated – gratuitously. Cuban doctors and paramedics offered their services in New Orleans after hurricane Katrina. They received not even a thank you.

For those who accuse the Cuban Government of being anti-democratic, there is no answer for ignorance except to suggest that they study the Cuban electoral system which is in fact a study in democracy and democratic participation. Cuba’s Constitution today prohibits any form of racial and sexual discrimination.

For Nelson Mandela, “Cubans came to our regions as doctors, teachers, soldiers, agricultural experts, but never as colonizers”. Today, in Haiti, the majority of the population enjoys (gratuitous) Cuban healthcare provision .

So if the world has changed, suppose the international community welcomed Cuba as an equal, helping to stimulate relations and not sabotage them, helping the Cuban people in their quest to help others and not trying to stifle them with a blockade?