The US has spent over one trillion dollars on the struggle against terrorism since the 9/11 terrorist attacks. Iraq has taken the lion’s share of the amount - $748 billion. The spending on anti-terrorist operations in Afghanistan is 2.5 times less. 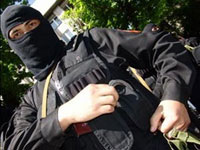 The current US administration intends to assign $128.3 billion for “anti-terrorist activities” in the two countries with $65 billion of that – for Afghanistan. The increase in spending for this country is connected with a perspective to send 30,000 more servicemen to Afghanistan during the upcoming six months. Therefore, the United States will have to double its previous Afghan spending.

The Congress will have to approve the numbers in February. Many congressmen criticized Obama for such a decision and may not uphold the initiative.

The anti-terrorist spending does not include the costs on the wars in Iraq and Afghanistan. Numerous arms deals and the construction of military objects also require a lot of money. The list continues with bills for medical care of those injured in battles, government compensations to families and veterans, security measures to defend US embassies and other programs.

The training of Afghan security forces will cost $7.5 billion. A large amount, which has not been specified, will be spent on purchasing 1,400 armored vehicles. About $2 billion is to be spent on army intelligence to buy Predator and Reaper spy planes.

There is also an item of expense to encourage the Talibs who decide to lay down their arms.

Expert Sergey Golubev believes that the level of the terrorist threat in the world has grown because of the US-led anti-terrorist efforts.

“They spent a trillion dollars to add more fuel to the fire of the terrorist war. The Americans crushed Iraq and Afghanistan . There are too many people in these two countries who lost their homes, jobs and loved ones because of the USA, and those people are ready to do anything to harm the Americans. Washington will have to pay for this politics. As for the situation in other countries, one may say that there is no country in the world that can defend itself against terrorist attacks. Recent attacks in India’s Mumbai prove that,” the expert said.

Pavel Zolotarev, deputy director of the Institute for the USA and Canada believes that the spending of one trillion dollars was absolutely justifiable.

“There are problems in Afghanistan, of course, but the Americans have achieved the most important thing: there were no terrorist attacks conducted in the USA during the recent eight years. Unfortunately, the situation in Russia and many other countries is different, and we are not secured against terror attacks still,” the expert said.