Afghanistan: The Perfect Storm of Drugs and Terrorism

So far the war in Afghanistan has cost 234,384,981,000 dollars, rising by approximately one thousand USD a second, every second of every day and night. More tragically, it has also had a tremendous human cost, both in terms of troops and civilians. How then is it possible that 75% of the enormous quantities made from the drugs trade go into the pockets of the Afghan authorities, supported by NATO? Is it for this that people are dying? 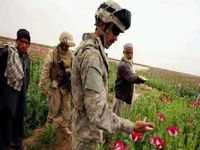 Afghanistan: The Perfect Storm of Drugs and Terrorism

When the USA attacked Afghanistan in 2001, there was hardly a voice raised around the world in opposition. Some had their doubts about the legality of the issue but the connections of the Taliban regime with Al Qaeda and the wholly barbaric terrorist attack against the Twin Towers on 9/11 forced the Conspiracy Theorists for once to swallow their venom and nod whole-heartedly in support of the USA.

However, with mounting civilian casualties and ever-more dubious results on the ground, serious questions have been raised around the world. Those of us who abhorred the barbaric and illegal criminal attack against Iraq gain no pleasure whatsoever in the rising cost of the war both among civilians (between 13.390 and 34.000 since 2001) and NATO troops (1,477 of whom 864 are from the USA, 239 British, 133 Canadian) in Afghanistan. Families in 24 countries are mourning loved ones.

What is totally unacceptable, and one is certain that many people in the USA are unaware of this, is that today, Afghanistan produces twice as much heroin as the entire world did in 1999. This week, Viktor Ivanov, the head of the Russian Federal Drug Control Service, declared that “the military and political situation in Afghanistan” is “alarming” with the growing numbers of foreign troops “giving rise to growing resistance from the local population”.

He added that the continued military presence of Al Qaeda in Afghanistan is now reduced to less than 100 persons, meaning that the war effort is no longer against Al Qaeda, but has morphed into (once again) a foreign military invader against the myriad of peoples and alliances which constitute the social fabric of Afghanistan, where not one single occupation force has been successful throughout history.

What is also totally unacceptable is the fact that it is not even the Talebaan that are receiving the vast majority of the drugs money, but indeed the very authorities who NATO is supporting. According to the United Nations Office on Drugs and Crime (UNODC), in the report “Addiction, Crime and Insurgency” 3.4 billion USD are generated from opiates every year in Afghanistan. Of this the Talebaan receives around 4 per cent, the farmers 21 per cent. And the remainder, the 75%?

The report is crystal clear: the remaining 75% goes to the mafia-style government of Afghanistan, supported by NATO. Yet the press reports the Talebaan connection with heroin, while this represents a mere 15% of the movement’s funding, at most. In short, the entire campaign is a profound insult to the 15.000 Soviet troops killed by the Mujaheddin (armed, aided and abetted by NATO forces), a profound insult to the NATO troops who gave their lives, and their families and a profound insult to the thousands of civilians who have been murdered, directly or indirectly, as a consequence of the campaign.

The US-led coalition allied itself with anti-Taliban warlords and drug barons, provided them with money and impunity and in turn these new authorities then turned to milking the opium trade, reviving what the Talebaan had banned back in 2000.

The empowerment of the drugs lords in Afghanistan was coupled with the creation of supply routes created throughout the world economic system. The UN report claims that the global turnover created by opiates is worth some 65 billion USD, of which between 90 and 95% is laundered through “legal” trade activities and the banking system.

And at the epicentre of the drugs traffic into Europe, which represents 20 billion USD for the Afghan trade, is NATO member Turkey. So while the Talebaan were banning opium production, NATO and its protectorates are benefiting from it?

And where in the middle of all this do the troops fit in, those who are risking their lives for…for what? And why is protection money being paid to drug lords and the Talebaan to protect NATO troops and contractors?

And isn’t it strange that the attack against Afghanistan appeared as soon as the Taliban declared war on opium production?

For the statistics on the cost of this war, see http://www.costofwar.com/