English Queen Decides Nothing but Means a Lot

World media talk increasingly more often about a new monarch England will soon have. Queen Elizabeth is to be replaced by his Royal Highness Prince Charles. What does this mean for the country where the rights and duties of a crowned persona are very particular? 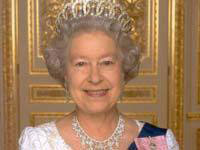 English Queen Decides Nothing but Means a Lot

Pravda.ru interviewed Natalya Nikiforova, a historian, to find out more about these distinctive features.

“There is the expression we use, “the English Queen’s role.” It is virtually a ceremonial position, a tribute to the tradition. The Queen cannot make independent decisions. She has purely representative capacity.

The monarch gives a traditional speech before the country’s Parliament and heads the British Commonwealth. Yet, preservation of the constitutional monarchy in Great Britain is an inalienable part of the English culture.

Of course, scandals similar to the one that had happened to Princess Diana do not flatter the Windsor Dynasty, but as of now there are no alternatives to these decorative rulers. The money spent on maintaining the Royal Household is fully paid off by the influence the monarch spreads on minds and hearts of the Englishmen who cannot imagine themselves without the royal dynasty.

Formally, the monarch has vast powers, but they are noticeably limited in practice. It would be sufficient to say that the royal persona only acts after getting the advice of the prime minister and other cabinet members. The cabinet is assembled by the Parliament elected by the people.

If the majority does not exist, the monarch suggests her own candidate for approval, like it happened in 1974 with Wilson Harold who represented the minority.

Besides, the monarch can have a positive effect in resolution of a Parliamentary crisis. For example, the monarch is entitled to suspend dissolution of the Parliament and allow opposition parties to create a coalition government.

However, now the monarch’s rights are very limited in this respect. Formally, it can be done, but practically, it is impossible because of mutually exclusive addendums in the legislation. The point of the addendums is to not provide the monarch with the real power she can use in her own interests.

The Constitution contains amendments that allow for three reasons that can cause the head of the government to lose office: on expiration of the term, on prime minister’s own request, and as a result of death.

The monarch has to fulfill a number of bureaucratic formalities. For instance, every week she has to meet with the prime minister and other members of the government for consultations.

The monarch is entitled to express her wishes, but no more than that. The final decision is always made by the prime minister and the cabinet members.

In fact, since the middle of the 19 century, Great Britain is governed by the old system described by Walter Bagehot in the following way: “The Sovereign has, under a constitutional monarchy such as ours, three rights - the right to be consulted, the right to encourage, the right to warn.”

The monarch’s interaction with the autonomous governments of Wales and Scotland follows the same scheme. The Queen appoints the prime minister of Scotland who is suggested to her by the local Parliament. The situation with Wales is different. Here, the monarch appoints the head of the government recommended by British prime minister and the cabinet members.

However, there are provisions that suggest that the monarch is a rather influential figure. For example, a “pledge of allegiance” is given to the Queen, and not the parliament or the nation. The British monarch is the head of the military and is entitled to declare war or peace. The Great Britain anthem has a phrase "God Save the Queen" for a reason.

The Queen is not entitled to issue laws, but has an influence on the law-making process. Members of the both Houses of Parliament must have her approval while discussing pieces of legislation.

Perhaps, this system was created so the monarch serves as a stopper of sorts for the prime minister and parliamentarians in the event they make an attempt to move the country in the wrong direction.