On the eve of the Copenhagen Summit, the scandal broke out that honest scientists have warned that the results were manipulated. Someone from the IPCC decided to tamper with data so that the curve of the graph of temperatures over a thousand years in 2000 reflected a sudden and unexpected heat they called "hockeystick" due to the shape of a "stick" used in ice hockey . 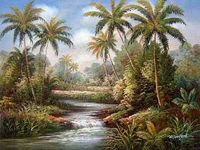 The dogma that the world of science is unblemished, fell to the ground. The scientist is a man like any other. He has virtues and defects. He also has ambitions, in particular to stand out among peers for academic work. In a society where ethical and moral values yield more space to laxity on behalf of the base metal (money), even scientific ethics can do a favor for unscrupulous politicians who work for big international interests. And it is not the case.

On the eve of the Copenhagen Summit, the scandal broke out that honest scientists have warned that the results were manipulated. Someone from the IPCC decided to tamper with data so that the curve of the graph of temperatures over a thousand years in 2000 reflected a sudden and unexpected heat they called "hockeystick" due to the shape of a "stick" used in ice hockey . That someone, the author of the climate “stick”, which obviously did not act alone, was nothing less, nothing more than the controller database, the CRU (Climate Reserch Unit), Phill Jones, University of East Anglia and Hadley Center, United Kingdom. This computer expedient has so far set the tone for the Marketing of the Pseudo Panic "Global Warming".

For a long time dissenting scientists in the IPCC had been denouncing the corruption of data, themselves victims of this manoeuvre. Among them was Richard S. Lindzen, a scientist in the world-renowned academic, Professor of Meteorology at MIT. He led the Scientific Chapter 3 Assessment Report of the IPCC in 2001, after which he resigned to becoming aware of changes made to his work without his permission. These scientists were later passed over by financed grants and sent to ostracism in the means which led the "Climate Business". This fact alone should put ordinary citizens on alert ... and that UN organization under suspicion.

The method of projecting data to suggest that a rise in sea level of several meters will occur within a century, due to the IPCC’s effect of "Global Warming" has also raised reservations by established scientists. And we believe they have good reasons. Programs for projection of data on the computers that operate in support of scientists are neutral working tools, i.e. the results depend on the input numbers, so that they can be manipulated one way or another. If the profile of climate data despises the natural history of the planet, considers only temperature and neglects other climate variables, of course the result is unreliable. Alan N. Ditchfield, in his article "Climate Change - I," states that the step given that "The clash of these two fields has brought an unwelcome politicization of an issue which should have remained at a technical level, it has distorted resource use in climate research hypothesis in favor of the politically correct and to the detriment of objectivity of research. It is even said that the sparse measurements of weather phenomena are tortured for the computer to confess anything that the research sponsors want."

Apart from being sparse, neither does it say how and where the data are collected, which someone with a deep knowledge of the Climate, Eng. Rui G. Moura, reported in a recent television debate. Prof. Jose Delgado Domingos. Professor at Instituto Superior Tecnico, Lisbon, in an interview with weekly newspaper Expresso, 8 December pp on "Climagate" he says in this respect "Whatever you say, the programs carried out what is in their instructions and not what the authors now say they did or wanted to do. " Someone is actually interested in deceiving somebody ... to make money on account of ignorance and the ignorant ...

One may ask: but then there exists climate change or not? Of course there is but there always has been. Climate is dynamic and cyclical, like indeed everything else on Mother Nature. Just over ten thousand years ago vast areas of the planet were covered with thick ice, including areas such as the Iberian Peninsula, where there is now a Humid Temperate Climate. It was the melting of this layer that allowed the African hunter-gatherers to migrate to southern Europe in search of game, which began to abound. Moreover, it is known that a period of hot weather is followed by another intense cold. In the last millennium, the Medieval Warm Period was followed by a small Ice Age, whose temperature profiles were not different from that noted today, particularly as regards the first, which denies the influence of anthropogenic CO2.

At the poles, holes there made it possible to gather evidence of a plant time before the formation of the Calotes. The fact of whether there is oil under Greenland, which is already in dispute between several neighboring states, is a clear sign that there always existed a rigorous climate of negative temperatures, as now. In rock strata far above sea level are fossils of marine species, which indicates that the sea has held other altitudes. All this tells us that the climate has changed over the Natural History of the Earth and will continue to change regardless of the will of man and rightly so.

But if this is so, is it worth having environmental concerns about nature? Sure. It is our duty to care for the Environment and above all be moderate in the consumption of resources, which are finite. It is urgent to replace fossil energy by the so-called "clean" energy, knowing that in the future oil will become crucial in the manufacture of products more useful to man than fuel. Currently there are more than 250 thousand of them, including components required for the wind industry and others. It is urgent the sustainable use of soil, to prevent the dryness of the effect of intensive monocultures, such as cereals and cotton transgenics.

It is urgent to stop the indiscriminate deforestation and restore the native forest, a key factor for CO2 fixation, oxygen production and maintenance of the rainfall. It is urgent to review and prevent the occupation of urban areas of risk such as flood plains or areas historically subject to tsunamis, and in the case where human presence is rooted to promote the construction of dikes. Many of the disasters that "invade" our homes through TV news almost daily, which did not exist at the time of our childhood, and yet were almost always used in favor of the thesis of "Global Warming" due to the anarchic way development of human settlements in traditional areas of risk and the divestment of protection works and drainage, not the least of Nature and God, as some prophets of doom imply in their Sunday sermons. The case of New Orleans, devastated by Katrina, was an example, example of the negligence of a government focused only on the industry of war, which is also a factor in a lot of pollution and no one speaks it. Why? The question of hunger that is often claimed as having as its cause climate change, is also false. It is a form of whitewashing the responsibilities of those who control the world economy, this being the cause of human tragedy in large areas of the world, almost always sitting on areas rich in raw materials, which developed countries drain into their economies almost without recurrence to the local population. So they do everything to keep them underdeveloped and the local elites, corrupt, to help ...

Are they really so worried as they make out?

We do not believe however that the International Oligarchy, responsible for environmental and social disasters, are as concerned as they claim to be. See who transformed CO2 into a market of millions, which is a kind of "license to pollute." I pollute provided they pay ... That, in our view, demonstrates the falsity of their concerns with the "Global Warming", and the Environment. See, connected to this, as the European Union promised billions of euros to poor countries so that they desist from their development, for the developed world to continue to consume resources more heartily, which more than ever need to be shared all peoples. It's certainly not money that will compensate the lack of these resources for a significant portion of humanity that suffers from the greed and cunning of a minority who thinks itself Owner of the World. This money will come from the pockets of taxpayers of the European Union and will continue to feed the infernal machine of corruption upstream and downstream. In the end it'll be the same or worse, because they continue to give the fish, and the small fry, not the fishing rod ...