COP15: Milankovic versus the Carbon Theorists

Almost all serious studies into climate change begin with words to the effect: “The Planet’s eco- and climate systems are extremely complex”. The more one reads, the more contradictory arguments one finds. In 1920, the Serbian geophysicist Milutin Milankovic was already presenting a plausible cosmic cause for temperature variation and climate change. So what is really at stake in Copenhagen, the need to save the planet or to serve the interests of the lobbies behind the “Carbon Theory”? 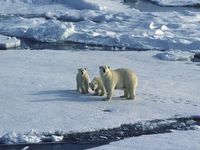 COP15: Milankovic versus the Carbon Theorists

Before El Niño and La Niña warped out of the Oceans and morphed into the Carbon Theory, it was not necessary to be a rocket scientist to understand that climate has changed over the years. The Ice Age came and went, wine-making used to be common in Northern England.

This is where everybody agrees. An examination of the data over the last 400,000 years indicates a direct correlation between temperature rises and increased natural emissions of CO2, with peaks and troughs occurring roughly every 50,000 years, the high and low Carbon Dioxide concentrations in ppmv corresponding directly to temperature rises and falls. If we accept the methods used to measure these fluctuations, there seems little room for doubt.

Milutin Milankovic (1879 – 1958) dedicated his scientific study to the effects of cosmic cycles, ocean currents and plate tectonics on climate change and his closer examination of the fact pointed towards the existence of changes in the cycle of the Earth’s tilt every 41,000 years, which enabled him to predict changes in temperature (and climate) with remarkable accuracy.

Other studies indicate a correlation between peaks in temperature and 11-year solar flare cycles and their corresponding knock-on effect on ocean currents and thermal flows; the effect of water vapour as being far more significant that CO2; the fact that the Arctic ice cap has melted before; the emissions of methane gases from animals being far more voluminous than human GEG.

Certainly, this does not mean that mankind is not polluting the planet and for sure does not negate the excellent work being done by the Green Parties and ecologists across the globe. However, is it not more dangerous to latch onto one supposed cause (which may be a factor but not THE factor behind climate change) than the many other causes with an equally valid weighting in the equation?

If the world is coming together in Copenhagen to discuss global problems, then it would make sense to start with an approach which respects global issues equally and not concentrate too much on the points raised by the Carbon Theory lobbyists, without disrespecting the science that supports their point.