Romanian President Traian Basescu has found itself in the middle of a huge scandal at night of November 26. The scandal will most likely affect the results of the presidential runoff election in Romania on December 6. 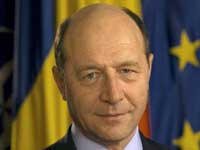 TV viewers all across the small nation in Eastern Europe could see their president attacking a young man during a pre-election rally. The president hit the young man in the face after he went too close to the stage.

When the footage was shown, journalists asked the president for comments. The president simply said that he would first have to review the footage carefully and then release a special statement on the matter.

Politicians of the Romanian opposition have already set out their indignation about the president’s behavior. Observers also said that Mircea Geoana, the opposition leader, would be able to win more popularity on the scandal since the candidate is not in the habit of acting like Mike Tyson.

It is not the first scandal, which occurs to Mr. Basescu. The previous incident took place in the spring of 2007, during the time when the nation was holding the vote of confidence to the president. Mr. Basescu and his wife were visiting a supermarket in Bucharest. A journalist of Antenna-1 TV channel was in the store too. The journalist started filming the president on her cell phone camera. The president attacked the journalist and took the phone away. He told her that she would have the phone back in the presidential palace, where she would have to come.

The journalist received her phone back several hours later. She was very surprised to find out that the president had not switched the phone off in his car. The phone continued filming and recording the sound. The journalist could hear the president calling her a stinky aggressive gypsy.

The incident made numerous headlines all over the Romanian media. The nation’s union of journalists urged everyone to boycott the president’s public appearances. The Union of Romanian Gypsies, which unites over one million people, accused the head of state of aggressive nationalism and chauvinism.

Basescu brought his official apologies to the journalist the next day and then to gypsies.

It has been two years, but Traian Basescu is still at power. The first stage of the presidential election in Romania, which took place on November 22, showed that the scandalous reputation did not deprive Mr. Basescu of people’s support. He received nearly 33 percent of votes, while his competitor - Mircea Geoana – 29 percent.