The relationship between Russia and Ukraine are complicated by a number of issues. They include but are not limited to gas supply, the current status of the Russian language in Ukraine, Yushchenko’s intentions to join NATO, the future of the Black Sea Fleet in Sevastopol, and heroization of Organization of Ukrainian Nationalists (OUN) and the Ukrainian Rebel Army (URA). 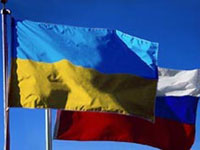 Would positive changes take place if the power in Ukraine was transferred to Victor Yanukovych? Irina Berezhnaya, a delegate of Verkhovnaya Rada of Ukraine (the Ukrainian Parliament), the Party of Regions, shared her thoughts with Pravda.Ru.

- Who is to blame for worsened relationship between Russia and Ukraine?

- Chasing the dream of becoming a member of the EU, Ukraine made a number of irrevocable mistakes in foreign policy. These mistakes include unreasonable unilateral cancellation of visa regime with the European Union, loss of legal argument with Romania regarding Snake Island, and support of Georgia during its war with South Ossetia.

The most unforgivable mistake was aggravating the situation with Russia. Within the last five years, “orange” power in Ukraine did everything possible to worsen its relationship with Russia and continues to do so.

Yushchenko’s policy does not take into account public opinion. According to polls, 41% of Ukrainians believe that the best way out of the crisis is strengthening the economic collaboration with Russia. 14% think that seeking help from the EU is not rational, and 3% think that the USA would not help either.

52% of those polled agree that Ukrainians and Russians share brotherhood.

There is another side to this issue. Some Russian politicians aggravate Anti-Russian attitude in Ukraine by open anti-Ukrainian declamations (for example, by questioning the fact that the Crimea belongs to Ukraine). This is cleverly used by nationalists who portray Russia as an enemy.

- Is the new “gas crisis” likely to happen in December and January?

- It will occur during the heat of the presidential campaign. Presently the country is swept with the populism of the current government that is trying to do everything in its power to remain in office. It is difficult to forecast its behavior in regard with the gas issue. Complicated situation with Ukraine Oil & Gas that is on the brink of bankruptcy should be taken into account.

Both Russia and Europe understand that construction and maintenance of transit routes bypassing Ukraine would be much more expensive and complicated than modernization of existing routes on Ukrainian territory. However, they would do it because they do not see Ukraine as a reliable partner.

The Party of regions stated several times that this policy must be changed.

I think that the creation of an international gas transmission consortium involving Ukraine, Russia and the EU would be a compromise decision. It would help avoiding a gas collapse.

- What do you think about the situation with the Russian language in Ukraine?

- Our Party supports the idea of granting the Russian language the status of a second official language. This is one of the most important issues in Yanukovych’s campaign. Approximately 46% of the Ukrainian population is Russian-speaking residents, and their language rights must be protected.

I think that in a civilized society the ability to be bilingual means absence of violence in the language area. Within the last five years the officials have been trying to force people to like the Ukrainian language. However, Ukrainian cultural heritage was created centuries ago by our common ancestors and is closelylinked to Russia.

Recently, the Ukrainian government announced that the official language in schools must be Ukrainian, and it must be spoken both during lessons and breaks.

Those who are trying to force the Russian language out must be responsible before the future generation. They deny it an opportunity to enjoy our common heritage.

Ukrainian pseudo-patriots are convinced that nationalism and protection of purity of the Ukrainian language means discrimination of the Russian language. This is dangerous thinking.

- What do you think about heroization of OUN and URA ?

- Napoleon Bonaparte used to say: “ History is the version of past events that people have decided to agree upon.” Many post-Soviet countries tried to re-write the history. Ukraine is not an exception . Because of the “orange” power, unbiased analysis of historical events was replaced with nationalistic propaganda.

It split the society into two camps, those “pro” heroization of OUN and those who protects truthful history of theGreat Patriotic War.

Protectors of OUN-URA claim that the organization fought at both fronts, against Hitler’s supporters and against Bolsheviks allegedly protecting the independence of Ukraine. In reality, OUN-URA always supported Hitler’s Germany and counted on its victory, which is confirmed by the documentation of the Nürnberg process.

The issue requires the solution, but it cannot be solved the way Yushchenko did it. His way reminded an attempt of Banderovites’ ideological revenge.

I saw a cartoon in a foreign newspaper depicting a boy taking a history exam. The caption was: “Should I answer in compliance with the textbooks or should I tell you what really happened?”

This reminds me the situation in Ukraine. History textbooks are being re-written, and people like Bandera and Mazepa are being portrayed as national heroes.

In reality, Yushchenko‘s attempt of heroization of OUN-URA is just an attempt to distract attention from other socio-economic and political issues.

- The so-called “democratic forces” are trying to force many myths about NATO on the society, including a myth that NATO is a “charitable organization” that opens a way to economic growth and wealth.

I think that under the current circumstances, Ukraine’s NATO membership would cause worsening of its relationship with Russia, including economic relationship.

It would cause a complete economic collapse, and possibly, loss of the territorial integrity. I think that the main task of the national foreign policy is to preserve Ukraine’s status outside of NATO.

- What would change in Russian-Ukrainian relationship should Yanukovych with the election? Would he insist on withdrawal of the Russian Black Sea Base from Sevastopol?

- Both Yanukovych and the Party of Regions want to normalize and revive amicable relationship between Russia and Ukraine.

As for the Black Sea Fleet, both Russia and Ukraine are interested in revising the agreement that expires in 2017. Currently, experts from both countries are conducting negotiations. I am confident that the conclusion made at the completion of this negotiation would be a good basis for a new mutual agreement.