Afghanistan: What is going on?

PRAVDA.Ru sources in Pakistan state that the US military forces are pulling back from the border posts between Afghanistan and Pakistan, while at the same time the Pakistani army is engaged in a major offensive against the Taliban. Is this to allow the Taliban to move freely, while the hidden objective is the Pakistani State? 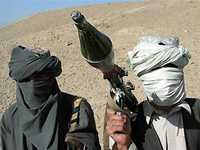 Afghanistan: What is going on?

To answer this question a lot of truths need to be told. Muhammad Omar, the Taliban leader, stated in an interview to Dawn newspaper back in 1998 that the USA had offered his Government 5 billion dollars to allow a pipeline to be constructed across Afghanistan. Remember, who created the Taliban in the first place? (The Mujaheddin were aided, abetted and encouraged by the CIA to fight the Soviets and then morphed into the Taliban movement).

The Americans then became suddenly interested in Afghanistan, apparently because it was becoming a fundamentalist Islamic State (after having aided the launch of Islamist fundamentalism) and the western newspapers started a campaign of demonology against the Taliban government, claiming they denied women basic human rights. Or was the real reason the above-mentioned pipeline?

In fact, states Mohammed Qasir, a Pakistani Sociologist “What the western papers stated was not the fact on the ground in Afghanistan. Women were participating in all parts of life in which their participation was necessary, including as doctors, all areas except working in defence. True, there was no co-education as indeed there isn’t in other countries… but there was education. And the story that the Taliban did not allow women out of their houses is ridiculous. This was an appeal made only for a few weeks when they took Kabul and asked women and children to stay at home until the city was safe.”

The same source stated to PRAVDA.Ru that “The Americans were desperate to find a way to attack Afghanistan. Then 9/11 happened. The Americans thought they could easily install a government and control it with their troops. It was an important part of the Central Asia energy puzzle. Instead what happened was the Taliban never surrendered. Now the Americans realise they cannot take control of Afghanistan”.

That is why the NATO forces have been changing tactics time and time again, now in the eighth year of the war and still the Taliban remain undefeated, while not a single senior Al Qaeda commander has been captured.

But, why the movement of US troops in the border areas, away from the frontier, when the Taliban are being pressurised from the south, by the advancing Pakistani army, which has a numerical advantage of 3 to 1?

Mohammed Qasir states that “The main objective now is the fall of the Pakistani army because Pakistan is the only Moslem super-power, armed with nuclear weapons. Pakistan was called in to this war on terror as a means to begin a new game, this time against the Pakistani State. It is clear that this pressure is a means to tear Pakistan apart.

“People do not realise that there are huge differences between the provinces. In the Sindh and Punjab provinces, people are less engaged in religious activities and they are largely against the Taliban. However, Baluchistan and NWFP (North West Frontier Province) are mainly Taliban supporters.

“Remember Pakistan was the only country to have recognised the Taliban Government, which was friendly towards its southern neighbour. The problem started when this friendly Government was removed by force and the western media started a campaign of hatred against them. They succeeded in reaching the hearts of the Pakistani Government and people and turned them against their friends while pressure was applied on the Government in Islamabad to take military action against the Afghani Pashtun and Taliban fighters.

“Now, as I speak, this division has gone further, has been driven deeper and the Pakistani Government has decided to attack its own people living in the tribal areas. This is the most horrendous act because these were the people who fought for Pakistan’s independence. So now we have a war between two Moslem peoples, instigated by the West. And we have the beginning of a civil war in Pakistan. Do you see what they have managed to do? They could not solve the problem themselves so they dragged Pakistan into it and at the same time cleaved deep divisions inside Pakistani society”.

This makes everyone happy. With the Taliban now fighting the Pakistani Army, over a prolonged period, we see a weakened Taliban and a weakened Pakistan. This would provide an answer to the question posed at the beginning of this piece.

And maybe now the Americans will not need to send many more troops.