Stewart David Nozette, a high-ranking scientist, who had access to top secret information, was arrested by FBI agents on October 19. Israeli news agencies said that Mr. Nozette was arrested after he had agreed to work with the Israeli intelligence. 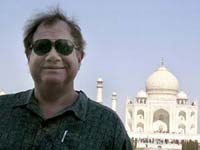 An FBI agent established a contact with the scientist having introduced himself as a Mossad officer. The disguised agent said that the scientist could deliver US secrets to Israel including those about satellite warning systems.

Stewart Nozette was trying to obtain the highest possible price for his services. As soon as the scientist agreed to “cooperate” he was arrested.

Israeli authorities have not commented the arrest of the US scientist yet. Nozette will be delivered to a Columbia district court October 20 for court hearings. If the scientist is found guilty, he may spend the rest of his life in jail.

Stewart Nozette, had access to top secret information from 1989 to 2006. The information, US experts said, touched upon the national security of the United States.

Nozette had worked at the Energy Department, NASA and, in 1989 and 1990, the National Space Council in the president's office. He developed the Clementine bi-static radar experiment that purportedly discovered water on the south pole of the moon. He worked at the Lawrence Livermore National Laboratory, where he designed highly advanced technology, from approximately 1990 to 1999, the Associated Press reported.

US experts believe that Nozette’s arrest was not aimed against Israel. However, Israeli observers say that the latest spy scandal will exacerbate complicated relations between Israel and the United States.

Anatoly Utkin, a senior expert with the Institute for the USA and Canada of the Russian Academy of Sciences, said in an interview with Pravda.Ru that the arrest of the US scientist would not affect the nation’s relations with Israel.

“It’s not the first story like that, such incidents have already happened before. Israeli special services were trying to obtain some information about secret technologies in the United States, which is not surprising at all. Israel is surrounded with Arab states, which are being rather hostile to the Jewish State. The USA is one of the world’s most technologically developed states, and its renowned Silicone Valley, where many Israeli scientists work, attracts a lot of attention in many countries of the world.

“The previous spy scandals did not affect the relations between the USA and Israel. One should bear in mind the fact that the Jewish lobby is the strongest one in the USA.