Muslims To Make Majority of Earth's Population in Near Future

Every fourth human being living on earth is a Muslim, a report from the department of religion of the US-based Pew Research Center said. 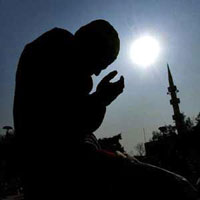 Muslims To Make Majority of Earth's Population in Near Future

There are 1 billion 570 million Muslims living in the world today, the research said. Brian Grim, a senior researcher at the think-tank said that the number was more than he originally expected.

Up to 60 percent of Muslims live in Asia, 20 percent – in the Middle East and North Africa. The report also mentioned that over 300 million Muslims live in the countries where Islam is not the basic religion.

A recent research from the above-mentioned center said that 58 percent of the polled Americans acknowledged that Muslims were subjected to discrimination most. The poll was held in September, on the threshold of the 9/11 anniversary.

The results of the poll showed that the number of Americans studying Islam has been growing steadily recently. The number of US citizens who consider Islam a source of violence has reduced considerably.