Renowned film director Roman Polanski could not escape from American justice. He was arrested in Zurich, Switzerland, on September 26, in accordance with the order issued by a Los-Angeles-based court in 1978. Polanski is to be delivered to the USA, where Polanski will have to answer for his sexual contact with a 13-year-old girl. 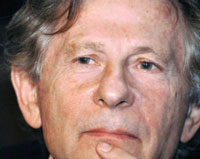 Roman Polanski is a man of two faces for the general public. He is the winner of world’s most prestigious awards in the world of cinematography (including Oscars) and a man who tries to avoid criminal punishment. He left the USA in 1978 over the fear of being jailed and never returned to the country again.

Polanski was very famous when he committed the crime. By that time he had already filmed such critically acclaimed motion pictures as “Rosemary’s Baby” and “Chinatown.”

Polanski did not deny his sexual contact with a 13-year-old girl, Samantha Gailey (now Samantha Geimer) on March 10, 1977 at the Mulholland area home of actor Jack Nicholson. He assured everyone, though, that it all happened upon mutual consent. The girl insisted that it was a completely different story. She said that the director invited her (upon her mother’s consent) to Mr. Nicholson’s home for a fashion photo shoot. Gailey said that the director at first gave her champagne in which he had added drugs and then took nude pictures of her.

"We did photos with me drinking champagne," Geimer says. "Toward the end it got a little scary, and I realized he had other intentions and I knew I was not where I should be. I just didn't quite know how to get myself out of there." She recalled in a 2003 interview that she began to feel uncomfortable after he asked her to lie down on a bed, and how she attempted to resist. "I said, 'No, no. I don't want to go in there. No, I don't want to do this. No!', and then I didn't know what else to do," she stated, adding: "We were alone and I didn’t know what else would happen if I made a scene. So I was just scared, and after giving some resistance, I figured well, I guess I’ll get to come home after this".

Polanski was originally charged with rape by use of drugs, sodomy and lascivious act upon a child under 14. Polanski pleaded guilty to engaging in unlawful sexual intercourse with an underage individual, and other charges were subsequently dismissed.

Judge Laurence J. Rittenband jailed the director for 90 days. Polanski served a half of the term and believed that he could be free. However, Rittenband condemned his release and promised to continue his case. The director left the USA. The order for his arrest was issued in 1978: it was effective in all countries which had extradition agreements with the United States.

In a 2003 interview, Samantha Geimer said, "Straight up, what he did to me was wrong. But I wish he would return to America so the whole ordeal can be put to rest for both of us." Furthermore, "I'm sure if he could go back, he wouldn't do it again. He made a terrible mistake but he's paid for it".

In 2008, Geimer stated in an interview that she wished Polanski would be forgiven. "I think he's sorry, I think he knows it was wrong. I don't think he's a danger to society. I don't think he needs to be locked up forever and no one has ever come out ever - besides me - and accused him of anything. It was 30 years ago now. It's an unpleasant memory ... (but) I can live with it ."

High-ranking officials from a number of European countries, UNESCO’s general director, renowned film directors and stars have already condemned his arrest. There is a question, though. Would all those people support him if he were a common elderly pedophile?

Russian film director Yury Grymov believes that Roman Polanski’s arrest is absolutely justified. “For me, such crimes are similar to murder,” he said.

Boris Grachevsky, director and screenplay writer, said that his case must be closed and forgotten since it is too late to recollect the incident which took place in 1977.

Actor Maxim Averin: “We pay attention to world-famous people, but we turn a blind eye on other crimes that take place every day. This situation is similar to that of Michael Jackson – they want to kill a man.”

TV and radio host Anton Komolov: “We’ve discussed this situation with colleagues the other day. One of them said: “Other men have sex with 13-year-old girls too, but a few of those men make brilliant films.” I personally believe that brilliance does not justify crimes.”