Russia and the USA do not seem to be able to come to an agreement regarding the terms of the new treaty about the reduction of strategic offensive arms. It is not ruled out that the new treaty will not be finished before December 5, when START-1 Treaty expires. The United States does not want to cut the number of nukes. 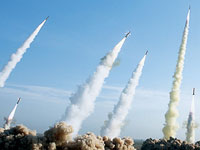 The talks between Moscow and Washington resumed on Monday in Geneva. However, the sides have not been able to coordinate the procedure of nuclear arms reduction yet. As a result, the new treaty may appear to be as obscure as the framework agreement, which Barack Obama and Dmitry Medvedev signed in July, The Kommersant newspaper wrote.

Russian and US diplomats have a bit more than three weeks left before they send the preliminary version of the new treaty to presidents in September, prior to the beginning of the G-20 Summit in Pittsburg. Many key issues of the treaty are still open, though, the reduction of strategic nuclear carriers being one of them. The two countries have practically agreed on the number of nuclear warheads (it was decided to cut them to 1,500-1,675), but there is still no agreement on the number of missiles.

“We want to stop at 500, while the USA offers 1,100. The question is whether we can find the middle here. It seems that the USA is ready to agree on 900 carriers, but this is unacceptable for Russia. Washington is not ready for a radical reduction,” the Director of the Institute for the USA and Canada of the Russian Academy of Sciences, Sergey Rogov said.

The current START Treaty was signed in 1991. The treaty expires on December 5, 2009. In accordance with the document, Moscow and Washington undertook to reduce strategic offensive forces from 10,000 to 6,000 nuclear warheads with each of the two countries.

At present moment Russia has 811 carriers of nuclear arms and 3,906 nuclear warheads, Itar-Tass reports with reference to the nation’s defense ministry.