Thursday, Sochi. A meeting will take place between the Presidents of the Russian Federation and Belarus, Dmitry Medvedev and Aleksandr Lukashenko. On the agenda: a thaw in bilateral relations after several weeks of sticking points and exaggerated news by a foreign press eager to find problems but not to report on positive developments. 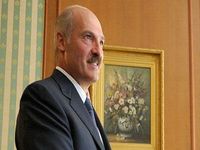 The meeting, confirmed by the Kremlin Press Service, comes at a time when several political and economic disputes have arisen. Among these was Lukashenko’s refusal to sign Belarus in with the constitution of a CSTO Rapid Reaction Force. The Collective Security Treaty Organisation is composed by the Russian Federation, Armenia, Belarus, Kazakhstan, Kyrgyzstan, Tajikistan and Uzbekistan.

However in several other areas, most importantly ones concerning social and economic development, the ties between the two states proceed apace and this meeting in Sochi should herald a new era of friendly and fruitful relations between two brother-states.

During the meeting the parties will discuss questions relating to bilateral cooperation on a number of issues, the process of integration of Russia and Belarus into an Integrated State, South Ossetia and Abkhazia, a loan from Moscow and gas deliveries to Belarus. Prime Minister Putin will also meet with Aleksandr Lukashenko to discuss economic issues regarding the formation of a common economic space among Russia, Belarus, Ukraine and Kazakhstan.