China Poses Serious Threat to US Interests in Africa 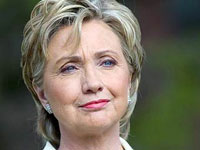 China Poses Serious Threat to US Interests in Africa

It is worthy of note that US President Obama visited another African state – Ghana – in July of this year. Obama visited Ghana a month after Russian President Dmitry Medvedev visited four African countries – Egypt, Namibia, Nigeria and Angola. China’s leader Hu Jintao toured Africa in the winter of this year too.

Why did Hillary Clinton embark on such a long tour of the Black Continent? Official spokespeople for the US State Department said in the beginning of August that Mrs. Clinton will visit Africa to demonstrate the intentions of the United States to strengthen ties with the African states and render assistance in the solution of vital problems.

The statement from the US State Department virtually reiterated Barack Obama’s remarks of January 2009. Hardly had he took office, when the new US President said that the United States would be following four goals in Africa – maintaining security, developing democracy, supporting market economy and assisting in the struggle against infectious diseases.

Most likely, it was merely a verbal statement only. The United States has its certain economic interests in each of the seven countries, which Mrs. Clinton visited during her tour. The USA is currently the world’s major consumer of the African oil, whereas Nigeria and Angola are large exporters of black oil on the world market. The Democratic Republic of Congo is rich with tantalum – the metal that is widely used in the electronic industry.

China is the second largest buyer of the African oil. The trade volume between China and the African states exceeded $100 billion in 2008. This number will obviously grow after Hu Jintao’s tour of Africa in February.

It just so happens that Africa has been turning into the battlefield for Washington and Beijing. China has been showing a lot of interest in the continent lately and intends to enter more of the African markets.

The US administration believes that China’s growing influence in Africa may lead to serious negative consequences for the United States. The Pentagon pays special attention to this issue. The department announced the establishment of a new military command, the Command for Africa, in October 2007. It officially became the tenth command department within the structure of the Pentagon.

The Command for Africa, or AFRICOM, marked the implementation of a new deterrence strategy to restrict China’s influence in Africa, although US officials never acknowledge that, of course.

Indeed, Beijing is capable of creating a number of problems for the US administration. It can seriously affect the US military plans in terms of anti-terrorist operations, since China’s allies may hinder the deployment of US troops on their territories.

As for politics, China’s growing influence in Africa increases the nation’s role in such institutions as the UN Security Council. Finally, the economic struggle between the USA and China for vital natural resources of the Black Continent may demonstrate Beijing’s predominance, which, unlike the West, does not have the historical burden of slavery and colonialism.

As a matter of fact, China began to penetrate into all branches of the African economy, The Financial Times wrote in July of 2008. The nation, the newspaper said, was sounding out opportunities to take key positions in various industries, such as oil and gas business, telecommunications, metal-working and energy.