US Administration Declares No More War on Terror

President Obama’s assistant for Homeland Security and Counterterrorism, John Brennan, delivered a speech at the Center for Strategic and International Studies on August 6. In the course of his speech the official outlined the long-term strategy of the United States to defeat Al-Qaeda. Washington intends to resort to “soft power.” The Obama administration hinted that his speech should be perceived as the fullest presentation of Washington’s long-term strategy of the struggle against terrorists. 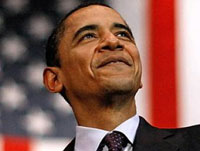 US Administration Declares No More War on Terror

The Washington Post quoted Brennan as saying that the U.S. government must fundamentally redefine the struggle against terrorism, replacing the "war on terror".

The present U.S. administration decided to forgo the “global war” policy initiated by George Bush administration after the Sept. 11 attacks. The United States will maintain "unrelenting" pressure on terrorist havens, including those near the Afghan-Pakistani border, in Yemen and in Somalia, Brennan underlined.

However, Washington is intended to diminish Islamist radicalization with more sustained use of economic, diplomatic and cultural levers.

In other words, the White House is going to exercise “soft power”, including economic, politic leverage and intelligence.

“This is not a 'war on terror.' . . . We cannot let the terror prism guide how we're going to interact and be involved in different parts of the world,” Brennan noted.

Many experts took a favourable view of the strategy, outlined by Obama’s Assistant. According to the opinion of David Livingstone, an Associate Fellow of the Royal Institute of International Affairs, terrorism has changed and globalized for the past 20 years, therefore military forces and physical protection are not enough to provide safety.

The expert characterized Brennan’s statement as a good sign indicating that materialistic approach affects the idealized concept of the “war on terror.”

Analysts say that Washington aspires to moderate its public rhetoric in the extended confrontation with terrorism. Some experts even interpret this statement as acknowledgment of the defeat in the information war with terrorists. Obama is likely intended to move from words to action. Analysts suppose that Barack Obama may achieve more success than Bush, if he manages to realize his strategy.